Over Sukkos I walked through the Old City of Jerusalem every day, stopping to visit my mother-in-law in her sukkah on my way to the Kotel. My mother asked me to be extra careful and not go through the Arab shuk, the way I usually walk to get to my mother-in-law’s house.

The day after she asked me not to walk through the shuk, two men were murdered there. The horror shook me. And then it made me want to call my best friend from college, a politically correct Jew. When she came to visit a few years ago, we walked through the shuk on the way to the Kotel. She stopped to buy za’atar, a Middle Eastern spice. I pleaded with her, “Please don’t buy from an Arab. There are so many Jews who need the income.” She responded, “Poverty leads to violence.”

Those same shopkeepers stood by as two Jewish men were murdered and a Jewish woman ran through the shuk with a knife in her back. They watched as she screamed for help, and instead of coming to her rescue they yelled obscenities at her.

On Sunday the schools were shut down midday because there wasn’t adequate security to protect the children for the rest of the day. I took my children to the zoo, far away from the Old City where most of the attacks had taken place.

On Monday I did errands, noticing how many more policemen with weapons in their hands were patrolling the city. I thanked each one I passed. I felt so much more secure seeing them everywhere I looked. And I had coffee with a friend who was on break from a course she was taking.

An hour later, as I walked my son home from school, I saw five policemen on motorcycles do an about-face and race in the direction I had just come from. My friend called to tell me she was locked in her classroom. Someone had been stabbed where we had just been standing and the school would not let anyone out until the perpetrator was captured.

Monday night I had a meeting three train stops from my house. I prayed on the train, “Please, Hashem, let us be safe. Protect Am Yisrael. Let this insanity stop.”

When I left the meeting, I noticed on the schedule board that the next train was an unusually long wait away. I hopped in a cab with a friend. When I told the driver where I wanted to be dropped off, he said he couldn’t do it because there had just been another attack and the streets were closed. The attack, this one on a bus, occurred one block from the meeting I had just left.

Tuesday morning I set aside time to work. I would be disciplined, I told myself, and not check my e-mail, Facebook, or the Internet first. I wanted to get something done. Then my research took me to breaking news on Jewish Press.com where I saw the headline: “Simultaneous Mass Casualty Terror Attacks in Jerusalem.”

I read that this morning there had been three terror attacks. One was in Armon Hanatziv, a neighborhood I have often considered moving to, as the rents are considerably less expensive, but I tell myself I didn’t want to be so close to the Arabs. Another bus attack, with shooting and stabbings. Two were killed and many more wounded.

I read on and learned the other two terror attacks were within two blocks of my house. One was by a little park on Rechov Rashi where I take my kids almost every Shabbos. Another was on Malchei Israel, a main haredi thoroughfare. I was shopping there for a new phone yesterday morning before I met my friend for coffee.

As I looked more closely at the photo under the headline I realized I knew the exact spot where the attack had taken place – a bus stop a few blocks from my house. I’d passed it a thousand times without giving it any thought.

Last night I’d called my husband to ask him to be careful coming home from work. He usually walks past the site of the attack that had just taken place. I asked him to take a bus and then walk through the park on Rashi because, at least as of last night, I’d heard there hadn’t been any attacks on buses.

This morning I worried about sending my son to school on his mini-bus. I heard sirens this morning but I always hope it’s a woman in labor on her way to the hospital a few blocks away. Now I know it was the police responding to another terror attack.

Sitting here in my room I hear another police siren, only for a moment. I pray for Am Yisrael, for my children and family. I calculate the way I should walk to pick up my four year old from nursery school. What’s the safest way to go? What’s the fastest way to get there and back?

I call my son’s martial arts teacher; the class usually meets in a local park.

“Will class be held as usual?” I ask him. “Are you going to teach the kids about how to defend themselves, God forbid, from a knife attack? Is there a way you can teach them without telling them what’s going on? My son still doesn’t know; he’s only seven and I don’t want to scare him.”

The teacher asks me, “He doesn’t know? You aren’t telling him anything?”

“I give my kids information on a need-to-know basis,” I say. “If he knew what was going on in its entirety, he would be afraid to leave the house.”

He tells me, “This week class will be in a different location, where there hasn’t been so much going on.”

A few hours ago, before I read the news, I was making lists – groceries, errands, appointments. Now the phone rings. My four o’clock appointment is calling to cancel. He tells me the participants in the course he was going to be part of are unable to get into the city. The bank calls – my new ATM card has arrived; I should come in by 2 p.m. to pick it up.

My baby is smiling and wants to play. I feel like crying. Life is anything but normal, although we are supposed to go on as if it is.

It’s noon here and I don’t know what else the day will bring. I daven and then I daven some more. “Please, Master of the Universe; Protect your people here in Israel and everywhere. Please keep all of us safe. Please let this end soon.” 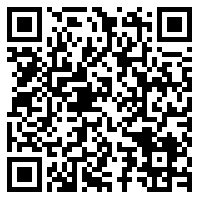