In February 2021, the board of the Jewish National Fund (JNF) – Keren Kayemet L’Israel, which has been developing the Land of Israel for over a century, voted to authorize the purchase of private land in or adjacent to Jewish communities in Judea-Samaria (the West Bank). A final vote will be held next week.

In response, some liberal Jewish groups, such as J Street and the New Israel Fund, threatened to boycott the organization on the grounds that Jews buying land there “sets back the chances of a peaceful resolution to the Israeli-Palestinian conflict and irrevocably harms the credibility of the Jewish National Fund in Jewish communities around the world.”


These threats to boycott the JNF are deeply troubling on many levels. But they also present a welcome opportunity for some serious clarification of the broader Jewish debate on these issues.

There is nothing improper about the policy of making such purchases. As JNF-KKL chairman Avraham Duvdevani pointed out, the JNF has been buying land in those regions for more than a century. In fact, Duvdevani’s predecessor, Danny Atar of the Labor Party, approved and presided over such purchases on an even greater scale than what the new authorization will cover. The only difference is that the new authorization puts the ongoing policy officially on record. There’s nothing wrong with that. (Note: The JNF-USA raises funds in the United States for land development but is legally and operationally separate from the JNF-KKL.)

Jewish land purchases in Judea-Samaria weren’t always a point of contention in the Jewish world. The last time a government attempted to restrict such purchases — in the British White Paper of 1939 — there was wall-to-wall opposition among world Jewry.

There now seems to be some division of opinion within the Labor movement over the issue of land purchases. For example, Habonim Dror, a Labor Zionist youth movement, is one of the signatories on the public letter threatening boycott. On the other hand, the Labor Zionist women’s movement, Na’amat, was one of the groups that voted in favor of the purchase.

Another vocal opponent of the JNF-KKL policy is Rabbi Rick Jacobs, head of the Union for Reform Judaism. He released a statement asserting, “Especially at this moment when Israel is looking to forge a strong relationship with the Biden Administration this unilateral move could be inflammatory and harmful.” But that’s a self-fulfilling prophecy: If the Biden administration decides to harangue Israel over these private land purchases, it will be, in part, because Israel’s Jewish critics are leading the charge. U.S. officials always keep an eye on what American Jewish leaders say on such issues and are sometimes influenced by them.

Rabbi Jacobs could help head off that anticipated tension by explaining to U.S. officials that it’s morally wrong to prevent Jews from buying plots of land from Arabs. Jews should be free to live anywhere in the Land of Israel; this is not a right-wing position, but rather a sacred Zionist principle that has been at the center of the Zionist movement since its inception. Banning Jews from buying land is not only morally wrong, but also a threat to several cherished Jewish-American principles:

First, boycotting JNF is a threat to democracy in Jewish life. The JNF-KKL decision was made in a democratic vote by all the various groups, from left to right, represented on its board. You have to accept votes that you lose just as you accept the ones that you win. Threatening to boycott an organization when you lose a vote is the kind of approach that undermines civil discourse.

Second, the boycott is a threat to the orderly functioning of the Jewish community. None of the opponents claim that the policy violates any laws or agreed-upon principles. All they’re saying is that they don’t agree with it. If you boycott everybody you disagree with, balkanization ensues, in which each side seals itself off in its own camp, associating only with like-minded factions and refusing to interact with those who differ. Such extreme disunity is not only perilous for Jews, but also for the cause of Middle East peace.

In one very important way, however, the boycott threat could clear away some of the smoke that has been clouding this whole debate. The organizations threatening to boycott the JNF include American Friends of Peace Now, J Street, the Reform Zionist youth movement and the New Israel Fund. In their literature and press releases, these groups deny that they favor dividing Jerusalem.

But when these groups say they will boycott JNF over buying land in the “West Bank,” they are, in fact, adopting language that the Palestinian Authority uses to refer to the “West Bank” and Jerusalem. To the PA, anything beyond the 1967 line is “occupied Palestinian territory,” be it a Jerusalem neighborhood such as Gilo or a Jewish town in the heart of Judea-Samaria. They don’t make any distinction between the Western Wall Plaza and a Jewish settlement near Hebron or Ramallah. It’s all the “West Bank.” (They also call Israel within the 1967 lines “occupied Palestine” — but that’s a separate issue.)

But Peace Now or J Street have not specifically announced if their boycott threat applies to purchases of land in parts of Jerusalem that are past the 1967 line. As a result, we must assume that they are boycotting those parts of Jerusalem, too.

If the Jewish left intends to boycott Gilo or Ramot or other parts of Jerusalem, that’s their prerogative. But the Jewish public has a right to know if that’s what their position is. Their threat to boycott the JNF puts the ball in their court concerning Jerusalem. They have an obligation to tell us: How, exactly, do they define the “West Bank”? Where do they draw the line? Precisely which parts of the Land of Israel do they believe belong to the Palestinians and should be off-limits to Jewish development?

Ultimately, it is Israelis, not American Jews, who will decide the shape of the country’s borders. American friends of Israel can still hope that our views will be taken into consideration by our Israeli brothers and sisters. But if we expect Israel to pay attention to our views, we need to clarify exactly where we stand. Israelis have a right to know where left-wing Jewish critics stand on Jerusalem. 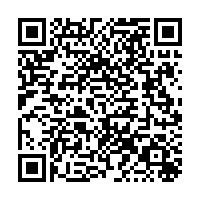