In every sporting event in Israel, as mandated by law, there must be a medical crew on hand, ready for any emergency. United Hatzalah saw the need for medical aid on the field and in the stands and became involved. Recently, the organization’s efforts in this area have picked up steam and they have begun providing on-field medical attention to several teams.

The project began in 2017 when United Hatzalah started providing medical security to large sporting events in Be’er Sheva. What began as a small collaboration with the Hapoel Be’er Sheva soccer team quickly picked up speed and began to spread. Currently, United Hatzalah is collaborating with multiple teams in Israel’s premier league, including Hapoel Be’er Sheva, Maccabi Petah Tikva, Hapoel Kfar Saba, and Beitar Jerusalem, as well as teams in the minor leagues.

At every game or practice, United Hatzalah volunteer EMS personnel are on the field, making sure that prompt care is given to anyone in need of emergency medical care. “There is a lot of logistical work behind the scenes for every time United Hatzalah participates in a game or practice,” said Elia Tubul, head of the Be’er Sheva Chapter of United Hatzalah. “Before every practice, I make sure to assemble a full team of EMTs and first responders that will commit to coming to the game. Some practices might be smaller, requiring only a few volunteers and an ambulance, and sometimes, for the larger games, I would need 30 volunteers and three ambulances.”

Elia also coordinates with the local police whose presence is also required during games. “The volunteers must come three hours before the game for a practice drill with the police force. The drill includes practicing responses to simulated scenarios such as potential terror attacks, stabbings, or emergency breaches,” Tubul said.

In Jerusalem, the project, which began two seasons ago, grew in scale during the Coronavirus pandemic, when fans were not permitted to attend the games. It was during this time that United Hatzalah volunteer EMT Shmuel Akselrod became a regular helping hand at Beitar Jerusalem games. Now that the fans have returned to the stadium, Shmuel is one of the 15 volunteers who regularly attend the games.

“Last month, one player received a severe head injury during play and we were the ones who treated him and took him to the hospital,” Shmuel recalled. “Volunteering at soccer games has now become a part of my day. When volunteers sign up for the games, my name is already on the list without me even requesting it. I feel like one of the pioneers of this project in Jerusalem, and I plan to attend every game or practice that I can.”

Elia added: “When we wear our United Hatzalah vests at the games, we represent something. Even though many of the volunteers are fans of the sport, we are not there to watch the game, we are there to provide medical aid, and watch over both the players and the fans. We need to be ready for any possible situation.”

“My volunteers have large shoes to fill, but thankfully, in the four years in which this program has been running, we’ve had no complaints, and everything runs smoothly. This of course gives us all a chance to reflect on what it is that we are doing. Creating unity despite differences is something that both sports and United Hatzalah have in common, and we do everything in our power to make that message clear,” she said. 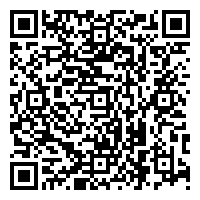