There’s a classic “Twilight Zone” episode titled “Time Enough At Last” that has haunted me on many levels since the first time I saw it as a child.

A nerdy bank teller who loves to read but has little free time to do so takes his lunch hour in one of the sealed bank vaults in order to read in peace. One day when he comes out of the vault he finds that apparently everyone else in the world had just been killed in a nuclear holocaust, leaving him alone with all the food he can eat and, as he eventually discovers, a lifetime of library books at his disposal.

Sadly, as he is sorting through his beloved books, he stumbles – shattering his thick eyeglasses. He cries out woefully, “There was time now, there was all the time I needed, it’s not fair, it’s not fair!”

Six months after my father retired he died unexpectedly in his sleep. Aside from my personal loss, I grieved over the fact that he would never do the things he wanted to do once he had the time.

Wistfully, I had conjured up an imaginary daily schedule for him. Shacharis in the morning (the later minyan) followed by his endless cups of black coffee while leisurely poring over the newspapers. Next he would go to the retirees kollel, followed by lunch (and, of course, more coffee).

In my mind I heard my parents squabbling a little about what to do in the afternoon, my mother wanting to go to Costco or Avenue J, my father preferring to putter around or go to the library. I imagined them settling on Avenue J, my father happily wandering around Eichler’s and my mother window shopping elsewhere.

My father would then spend the evening in his home office (the cold basement), reading and writing, finally getting all the data together for the Jewish history book he had been writing in his head for the past fifty years.

I felt the sharp sting of disappointment and regret as I thought about all the things he had wanted to do, all the things I had anticipated he would do, now forever unrealized and unfinished.

I knew there had to be an underlying lesson here but I wasn’t quite sure how to articulate it or incorporate it into real life. I thought about the things I wanted to do, the things I stored in boxes called “later” and shoved into the back of my mental closet.

I dreamed for two seconds about writing my father’s book, but knew in my heart that the only passion I had for history was the fact that it was my father’s passion, and so that idea was discarded. Along the way I turned fifty and tried to explain to people that it wasn’t the number per se that freaked me out but the feeling that time was no longer unlimited; it was finite and measured.

I fantasized about retiring and pursuing my other interests full time. But logistics (money and other intangibles too numerous and varied to list) precluded that option. Instead I thought of ways to streamline my schedule and carve out time for other things. I made it my mission to follow the advice R. Hillel HaZakein gives in Pirkei Avos 1:14 – “if not now, when?”

I started waking up an hour earlier each day and was amazed at what I could accomplish at that time in the morning. My husband, attuned to my new philosophy, planned a trip to the Grand Canyon. This was a “bucket list” trip I had anticipated we would take once the kids were out of the house, but he made all the plans and presented it to me as a fait accompli, not even giving me the slightest opportunity to renege. My new commitment to time management didn’t always work, but I was doing my best within the confines of reality, and at the very least I knew I was trying.

One of the strongest and most consistent memories I have of my father is listening to him learn late at night after a long day at work. I would fall asleep to the lull of his voice softly floating upstairs, too young at that moment to fully realize the value of his choices.

I am cognizant of the irony that only people with the luxury of time on their hands can contemplate time. While I can’t be accused of outright killing time, I am definitely guilty of wasting it, and that’s something I have been trying to work on.

As is no doubt the case with everyone else, I find there are many instances where my time is squandered in ways that are out of my control, and learning to accept that is also a significant lesson. No one knows how much time he or she is allotted in this world, and it is unrealistic to expect that every second will be used productively.

I don’t know how my father’s life would have unfolded had he lived longer. I can’t write his book or live his life, or even dare to imagine what regrets he may have had, but I am determined to perpetuate and expand upon his prodigious legacy in whatever way I can, with whatever time I am gifted. 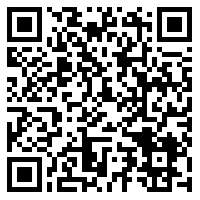