Last month, the US Congress announced the launching of the bipartisan Abraham Accords Caucus, which seeks to build upon the historic agreements, first signed on September 15, 2020, between the United Arab Emirates (UAE), Bahrain, and Israel. Since then, Sudan, Morocco, and Kosovo have also formally established ties with Israel.


The creation of the caucus by a bipartisan group of lawmakers is a welcome development given the current partisan climate, where even peace is politicized. On January 26, the Jewish Voice for Peace Action joined dozens of other organizations, including the Progressive Democrats of America and The Council on American-Islamic Relations (CAIR), and asked Congress to reject “any attempts to further the Trump administration Abraham Accords.” The statement was signed by 29 progressive advocacy groups and insists that US foreign policy “should end its support for Israel’s violations of Palestinian human rights and its separate and unequal apartheid rule of Palestinians.”

For its part, the Biden administration has been tepid in its willingness to expand the accords, instead concentrating its energies on reviving the Iran nuclear deal while dealing with the aftermath of the US withdrawal from Afghanistan. Beyond the beltway, endorsements of the accords are mixed, with media outlets like the New York Times‘ Roger Cohen claiming that “there is something rotten in the peace choreography of Trump, Jared Kushner, Ambassador Friedman, et al.” Many Jewish institutions issued perfunctory statements of praise, carefully sidestepping any mention of former US President Donald Trump and Israel’s previous Prime Minister Benjamin Netanyahu, leaders viewed as polarizing by many within the liberal establishment.

Yet said resistance, while disappointing, also underscores a failure to look beyond our borders and regard the Abraham Accords through the prism of Arab society whose leaders are committed to a strengthened relationship with Israel — even at a cost to their security posture. During Israeli President Isaac Herzog’s visit to Abu Dhabi last month, the UAE intercepted an attack from Yemen by the Houthis. The Iran-backed proxy took responsibility for firing several missiles and drones directed at Abu Dhabi and Dubai. The January 31 violence follows several instances of Houthi aggression against the gulf nation, with the UAE contending with previous attacks against its country on January 17 and January 24.

In Bahrain, where a Sunni monarchy rules over a population that is approaching 50 percent Shia, the Kingdom has attempted to quell a number of domestic protests decrying the Abraham Accords. Incidentally, a 2020  poll conducted on behalf of the Washington Institute for Near East Policy revealed that half of all Sunnis and Shias living in Bahrain regard the normalization agreements as a negative development in the region.

Yet, in a nod to expanding its relationship with Israel, a delegation of nine high-level Bahraini “influencers” toured Israel last fall, where they received an Arabic-guided tour through the Yad Vashem Holocaust memorial center. Perhaps most significant is last week’s arrival of Israeli Defense Minister Benny Gantz to Bahrain, who, along with the Kingdom’s Minister of Defense, signed a memorandum of understanding that formalized the two countries’ security cooperation. Bahraini media later published an op-ed by Gantz titled “The Abraham Causeway,” praising “His Majesty, King Hamad bin Isa Al Khalifa’s bold steps” in fulfilling his Kingdom’s legacy of “tolerance and integration.” The formalizing of Israeli-Bahraini security ties also follows the inking of a defense agreement between the Jewish state and Morocco, home to approximately 3,000 Jews.

To their credit, Arab rulers are telegraphing that benefits to peace extend to people rather than being confined to governments. Last September, upon entering the Grand Mosque in Abu Dhabi, I was required to show my US passport, which specifies my place of birth as “Israel.” The Arab guard, wearing the traditional kandura and keffiyeh, broke into a broad smile after checking my documents and warmly addressed my family and me in Hebrew with a hearty welcome, “bruchim habaim.”

Throughout our stay, open displays of Judaism were greeted by Emiratis with a greater, not lesser, degree of friendliness and warmth. When describing these experiences, I sometimes hear the retort that the rarity of antisemitism in the UAE is a result of strict anti-blasphemy laws. While it is true that any act of hatred or intolerance towards any religion in the UAE is punishable by a five-year jail term or strict fines, another reason for the propagation of religious tolerance is due to a traditional reverence upheld by Arab culture. As Robert Nicholson, Director of the Philos Project, explains of Arab society, “the expectation isn’t to hide one’s faith, but to profess it openly while affirming the role that religion plays in political life.”

Validating Nicholson’s point is an awareness that religious avoidance remains prevalent in Western Europe, where antisemitic attacks are rampant. According to the World Zionist Organization and Jewish Agency Report on Antisemitism in 2021, the European continent led the world in antisemitic incidents, with almost 50 percent of all attacks occurring on its soil. North America closely followed, with the US accounting for 30 percent of all antisemitic attacks in the region. Simply put, an Arab country like the UAE provides a safer haven for Jews than most liberal European metropolises, which are still considered popular vacation destinations for many.

Promoting the success of the Abraham Accords depends on Jewish organizations institutionalizing trips to Arab countries whose leaders are propelling exchanges with Israel. While gap year programs and groups like the March of the Living must commit to teaching US Jewish youth about the horrific enormity of the Holocaust by traveling to Poland, more must be done to bolster tourism to friendly Arab countries. Marinating in a history plagued by sadness and victimization must be tempered through teaching about a future wedded to prosperity and friendship.

UAE President Khalifa bin Zayed Al Nahyan, whose visions of tolerance predate his region’s steady progression towards peace, should be hailed in the same vein as the late Egyptian President Anwar Sadat. Jewish day schools must ensure that students recall the Abraham Accords signing ceremony with the same enthusiasm that their parents welcomed the 1994 peace treaty between Israel and Jordan. Rather than retreat to outdated hatreds and engage in provincial politicizations, Americans across the political spectrum must be unambiguous about their support for the Abraham Accords and work to educate others on the promising new era reshaping the Middle East.

(Irit Tratt is a freelance writer and pro-Israel advocate. Her work has appeared in  numerous publications internationally including The Jewish Press Online) 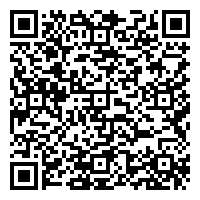