On Sunday we will mark Tisha B’Av (pushed off a day so as not to be on Shabbat.) It is the saddest day of the Jewish calendar, one that marks several tragedies that happened on that day. mostly the destruction of the Temples.


Usually I write a historical post on Tisha B’Av.

But this year it is hard to concentrate on anything but the danger of nuclear weapons being built for the purpose of destroying Israel.

The genocidal words from Iranian leaders indicate that destroying Israel is their top priority – not the economy, not the war in Iraq, but destroying Israel. They have dedicated an annual holiday just to call for Israel’s destruction. They have ensured that even during sanctions, their payments to Hezbollah remain sacred.

But Israel has a much larger problem.

The US allowed this situation to happen. It was not just naivete in negotiating skills, although that played a part. If the White House truly wanted to minimize the possibility of Iran obtaining a nuclear weapon, it would not have given up concessions the way it did. It would not have communicated its message that the military option is impossible. It would not have publicly defended Iran’s cheating on its existing promises.

No, the Obama administration has made a conscious decision that a nation that encourages chants of “Death to America” is a better strategic partner than Israel (and the Gulf states.)

That goal of a long-term alliance with a crazed Islamic theocracy was more important than the goal of erasing nuclear weapons capability. Demands from Iran during the negotiations were not treated with derision but with the respect of a would-be suitor. “Well, of course Iran cannot be expected to cave on demand X, Y and Z – it would not be fair!”

The situation is mind boggling.  And now we are in a lose-lose situation, where the options have dwindled down to a nearly meaningless choice. Because President Obama chose the priorities, and those priorities do not include Israel.

Taking a long-term view, this is the direction that the US is going anyway. College students are being poisoned against Israel and they are the leaders of tomorrow. This blog and many others regularly point out the hypocrisy of the “liberals” who embrace Iran and Hamas but it does not make a dent – logic does not enter the picture. As mainstream media uncritically parrots the lies of the Arabs, we can expect the trend to be less and less sympathy to Israel in the coming decades – and more sympathy for those who want to destroy Israel. The US will act like Europe in the not-too-distant future.  Israel will be alone, again.

Perhaps prayer on Tisha B’Av is the most logical response.

Have a meaningful fast. 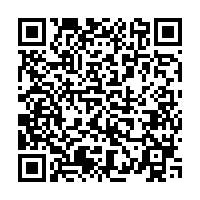