My husband has become exceptionally popular in his shul over the past few weeks. It could be his scintillating personality, his kindness and good deeds, his generosity and benevolence – or maybe, just maybe…it’s his gun.

Many people here in Israel carry licensed guns. Our son applied for one as soon as he finished his six-year Hesder (combined army and yeshiva) service in the paratroopers. He went on to study at Ariel College in Shomron and knew he would be traveling regularly through and past many Arab towns and villages so he decided to get a gun license (his recent army service ensured he would have no problem).


He carries that gun wherever he goes, seven days a week including Shabbos, in war and peace, through intifadas and quiet times. In fact someone asked him if he was ever without it and he replied, “Only under the chuppah on my wedding day.” And indeed, on that occasion he gave it to a friend with strict instructions to wear it and not leave it lying around the house.

One of our neighbors once asked where our son lives. When we replied that he lives in Petach Tikvah, he expressed surprise. “What does a person in Petach Tikvah need a gun for?” After the horrific massacre in the Har Nof shul last year that neighbor was the first person to ask my husband how to apply for a gun license.

But my husband is several decades older than our son, and as we arrived in Israel when he was over 30, he only did the minimal army service demanded of older olim at that time. But when the first intifada began and he was traveling regularly to Efrat on the Gush Etzion Road, which even today –especially today – is the site of many stone throwing and shooting attacks, he decided to apply for a gun license.

That was many years ago and recently when he went to renew his license , which he has to do every few years, his gun was declared obsolete. Should he buy another one? They aren’t cheap, but we also knew that if he gave in his gun he would have to return his license and getting another one might not prove so easy. So although we pray constantly that he’ll never have to use it, we decided to buy another one.

During the past few weeks he too has been carrying his gun whenever he leaves the house, even on Shabbos (everyone should ask his or her own she’ilah). In fact, he considers it more important than ever on Shabbos because he davens in a haredi minyan and is probably the only armed person in the building.

The government is relaxing the requirements for obtaining a license, in large part to help the haredi population, most of whom have never been in the army and would never think to own a gun (the exception being those who live in Yehuda and Shomron). If they can help provide their own security at schools, chedarim, and yeshivas – or at least add to the very small number of armed people in these densely populated educational institutions – it will make life safer for them and reduce the burden on the army.

Many argue that too many gun-toting people is a dangerous thing, but those who say it probably don’t live in Israel. If, chas v’shalom, you are surprised by a terrorist stabbing you, you may not have time to reach for your gun, but if a person nearby has one, he could save your life – or if not yours, then that of the next potential victim.

There are many occasions when firing a gun is not recommended; in an enclosed space (e.g. on a bus, where a bullet could ricochet off the wall or roof and hit anyone indiscriminately, or in a situation when innocent civilians are too close to the terrorist). But before buying a gun you have to show you have undergone training, which includes directions on when and how to use it and also entails training at a shooting range.

When my husband went for his last target practice, a group of young police cadets who were also there smiled indulgently at him, presumably wondering if he even knew which end of the gun to hold. When they saw him shoot and collect his impressive target sheet, their expressions changed to discreet admiration.

But this isn’t the kind of admiration he ever wanted. He’d still far rather spend his time writing a mezuzah (he’s a sofer) or hunched over his Gemara. Meanwhile we all daven that he won’t ever have to use his gun – and that neither will anyone else. 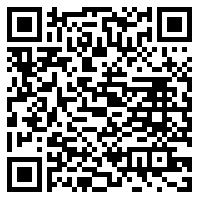