The Gemara tells us that a person who ritually washes for bread but does not dry his hands is essentially eating impure bread. Two reasons are offered. Rashi explains that wet hands make the bread soggy and unappetizing, and the Gemara cites Yechezkel 4:12-13 which compares this kind of bread to bread baked on coals made from human excrement. From this source we see that unappetizing food is considered “impure.”

The Beis Yosef (Orach Chayim 158; see also Mishnah Berurah s.k. 46) offers a different explanation based on the halacha that the water used for washing hands becomes impure if less than a revi’is of water is poured over one’s hands at once. Since the water is impure, the bread the person touches with his wet hands becomes impure as well.

The practical difference between these explanations becomes evident when a person washes with a revi’is of water. According to Rashi, since the bread is unappetizing (due to it being soggy), it is considered impure. According to the Beis Yosef, since the water on his hands is pure, the bread is also pure.

Immersion In A Mikveh

The Beis Yosef cites a proof for his explanation from the Tosefta (Yadayim 2:1, cited in the Mordechai, Berachos) which states that a person who immerses his hands in a mikveh (rather than washes them) need not dry them before he eats. We thus see that what matters most is the purity of the water, not whether the bread will get wet or not. In the Shulchan Aruch (Orach Chayim 158:13), the Beis Yosef rules in accordance with his own explanation – that when a person immerses his hands in a mikveh (or washes with a full revi’is), he need not dry them before eating.

The Maharshal (cited by the Mishnah Berurah) contends that even when washing with a full revi’is, one must dry one’s hands even though the water on them does not become impure. He rules in this manner because he accepts Rashi’s explanation that wet hands make bread unappealing regardless of whether the water is impure or not.

The Levush notes another difference between the reasons presented by Rashi and the Beis Yosef: waiting until one’s hands dry by themselves. According to Rashi, doing so is permitted since dry hands do not make bread unappealing. However, according to the Beis Yosef, doing so is forbidden since one must remove the impure water before touching bread. “Wiping them dry purifies them more thoroughly,” he writes.

The Shulchan Aruch HaRav (158:17) and Kaf HaChaim (s.k. 87) both cite the Levush and rule that l’chatchila one must wipe one’s hands dry rather than wait until they dry by themselves. The Chazon Ish (25:10) disagrees with the Levush and concludes that according to both Rashi and the Beis Yosef it is sufficient to wait until one’s hands have dried by themselves. The Chazon Ish maintains that the purity of one’s hands has nothing to do with drying one’s hands. It has to do with them being dry (regardless of how they got that way).

The Mishnah Berurah (158 s.k. 37) rules that although technically speaking hands may be washed with less than a revi’is of water, doing so involves many complicated halachic details. Therefore, he writes, it is best to always use a revi’is or more of water, and one may certainly wait until one’s hands dry by themselves. (According to the Beis Yosef, one need not dry them at all since the water is not impure.) Thus, poskim rule that when washing with more than a revi’is, one may use an electric hot air blower to dry one’s hands (B’Tzeil HaChochmah 4:141). 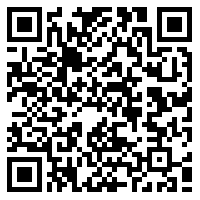