Israel’s most urgent agenda with its Ultra-Orthodox (haredi) population is not propelling haredi Jews to the front lines against Hezbollah, but pulling them out of the unemployment benefits lineup. Not giving them guns, but helping them earn their own butter honestly. Not busing them to Tel Hashomer, but attracting them into hi-tech.


Sixty percent of our country’s 750,000 Haredim live under the poverty line, including half of the 64,000 children in haredi Bnei Brak. Only 50 percent of haredi men are working (as compared to 82 percent in the general community).

This situation is crippling for haredi society, and disastrous over the long term for Israel, both economically and in terms of the character of our society.

Fortunately, there seems to be an increasing majority sentiment within Israeli haredi society that embraces college study and gainful employment. A recent Jerusalem Post survey found that 83 percent of haredi parents would like their high schools to teach secular subjects alongside religious ones. Over the past five years, the number of haredi men and women in college has jumped by more than 80 percent, to over 11,000. And the number of haredi men in the workforce has risen from 40 to 50 percent over the past decade.

Consequently a haredi middle class is rising, which has dispensable income and is developing wider lifestyle horizons. The ripening of this segment in haredi society raises captivating and critical questions.

Can this segment grow to become a majority in Haredi society, or will its expansion be stymied and delegitimized by haredi rabbinical leadership? Can the “new haredim,” as they are sometimes called, remain haredi, or will they slide into the materialism and liberalism of Israel’s majority secular and Religious Zionist cultures? And conversely, might a “new haredi” community be so successful that it offers a moral-ideological lifestyle that is an exemplar for all Israelis?

These delicate issues are tackled forthrightly in an essay [4] by Rabbi Yehoshua Pfeffer of The Tikvah Fund in a new haredi journal called Tzarich Iyun [5] (lit., “Needs Understanding”). Pfeffer is editor-in-chief of this fascinating online venture (Hebrew only).

He tracks and analyzes what he calls the development of a “haredi bourgeoisie.” He notes, for example, the many advertisements for luxury vacation getaways that regularly appear today even in the pages of the hard-core Lithuanian haredi newspaper Yated Neeman.

Rabbi Pfeffer then details the ideological and sociological challenges that this bourgeoisie poses to the current mainstream in haredi life and leadership. The main question is whether haredi families can retain their core value of religious excellence, alongside other wholesome values, as they grow more prosperous and become exposed to the inducements of Western culture.

It bears remembering that in its poverty and isolation mode, the haredi world is admirable in many ways: It lives modestly, prioritizes Torah study and spiritual aspirations, is meticulous in observance of mitzvot, is suffused with good works and social assistance ventures, and emphasizes family values. It is generally free from the drugs, booze, pornography, sleaze and slavish devotion to imbecility (which are the rule for most TV shows and movies) that characterize much of modern society, and is less scarred by the high crime rates that generally plague lower socioeconomic groups.

But again, haredi society must and is changing. Pfeffer’s argument is that “bourgeois” is not a dirty word – provided that the trap of affluent hedonism is negated and religious excellence is maintained as a driving communal ideal. If piloted carefully, middle class life can be a blessing. It can make for productive, sustainable, healthy haredi society.

Haredi leadership ought to be thinking hard and creating the educational institutions to meet the challenge, Pfeffer writes, since the process is underway and probably unstoppable. How haredi ideologues and educators respond to the inevitable holds the key to the crumbling or re-invigoration of haredi society for the long term.

A RECURRING THEME in Pfeffer’s erudite article is the general question of excellence versus mediocrity in life. Much too often, middle class comforts have proven to be fertile breeding ground for mediocrity and even cultural decadence.

Rabbi Avraham Yeshayahu Karelitz, the authoritative haredi sage known as the “Chazon Ish,” was fierce in his condemnation of mediocrity. Specifically, he had no patience for those who make mediocrity into a legitimate way of life – an accusation he hurled at the Modern Orthodox religious community.

And indeed, Israeli society faces a tangible danger of decline into mediocrity. As the ideologies predominant in the formative years of the Jewish State fade into the past – secular-socialist Zionist dogma, together with the haredi ideal of rebuilding the Torah world – we risk sliding into sloth.

But bourgeois society doesn’t have to be mediocre; it can remain committed to meritorious distinction. Pfeffer muses that the emergence of a quality Haredi bourgeoisie could show the way. By maintaining a rigorous dedication to mitzvot alongside an embrace of modernity, haredim could conceivably introduce a new spirit to Israeli society, and bring a certain elevation to the broader Israeli middle class.

I share these aspirations for true excellence of the bourgeoisie. The “equality” obsessions of the political Left; the “discrimination” recriminations of many minorities; and the lethargy that comes from too much middle class wealth – make for stale society. We all need opportunities and incentives to excel, like those in the hi-tech sector. We need fewer lazy leveling influences, like idiotic television channels, ideologically-uniform universities, and cookie-cutter haredi yeshivas.

While hoping for greater integration of haredi society on the high end of the Israeli workforce, we should certainly share Pfeffer’s hope that this strengthens, not damages, the conservative values dear to haredi society. Our call is surely not for a violent and traumatic “haredi spring,” but for a healthy process of maturation that will simultaneously preserve and improve haredi society – and perhaps offer new pathways of navigating modernity to Israeli society writ large. 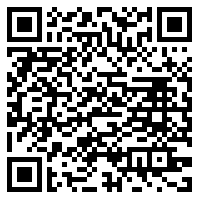