The just-released report by Im Tirtzu that funding by European governments and entities supported by them to anti-Zionist Israeli NGOs has exceeded half a billion shekels over the past decade is eye-popping.

Not just because the amount is breathtaking, in both absolute terms and in the relative universe of Israeli NGO funding, but also because of the message of contempt that the funding represents.

Let’s be very clear about what is going on here. European governments and governmental entities have decided to bypass normal diplomatic channels, opting instead to influence not just Israeli policy, but the state of affairs of Israeli existence through the vehicle of empowering anti-Zionist Israeli organizations.

It is not an overstatement to analogize what the Europeans are doing as being akin to Iran’s arming of Houthi rebels in Yemen, seeking to overthrow the government.

How cynical, how contemptuous are the Europeans! They have implicitly denigrated and delegitimized Israel as a sovereign state by turning to home-grown organizations whose agendas comport with those of their funders.

The Israeli equivalents of Lenin’s “useful idiots” are carrying the ideological bags of their patrons in seeking not just to impact policy in Judea and Samaria, but to impugn Israel’s standing in the community of nations and even to radically affect the status of Israel as a functioning Jewish state.

For the Europeans, this is heady stuff. They get to hide behind their agents, maintaining deniability for Israeli NGO actions, all the while assuring that, with their funding, those actions can occur.

Thus, when B’Tselem and Breaking the Silence appear at international forums or the European Parliament to demonize Israel with charges of its being an apartheid state committing war crimes and crimes against humanity—all in the service of a colonialist regime—their flight tickets and hotel rooms, so to speak, have been covered by European governments.

When HaMoked floods the Supreme Court with petitions to stop deterrence-producing demolitions of terrorists’ houses, or when Adalah petitions to revoke the Law of Return, and lobbies for terminating Israel as a Jewish state, their attorneys and public-relations people are all being indirectly paid by their European government sugar daddies.

It is important to note that most of these organizations have a tiny popular following within Israel, and their voices would never be heard, and their influence felt, but for the largesse of European governments and far-left foreign patrons, such as the New Israel Fund.

Given that this relationship is well known, that is not explosive news, but the real question is why it is tolerated.

It is becoming increasingly clear that Israel suffers from and needs to shake off its “galut syndrome” in order to restore domestic deterrence and respect for the law.

Galut (“exile”) syndrome is the need for approval and permission from those who will never provide it. It is the internalization of the narratives and mindsets of others who say that we are never worthy enough, or worse, need to be held to a higher standard than the rest of the world.

This self-destructive, self-preening sanctimony must stop. Israel needs to understand, with great clarity, that it is a sovereign state, not a textbook case for fashioning the perfect one.

The wisdom that democracy is not a suicide pact must be recalled, internalized and put into practice.

Several years ago, the Knesset passed legislation requiring organizations that receive the majority of their funding from foreign governments to report annually as to this state of affairs.

Now is the time to go further. Organizations that receive the majority of their funding from foreign governments, or entities related to them, should lose their tax-exempt status in Israel.

Of course, Israel respects free speech. However, there is absolutely no requirement that its government should, in effect, subsidize with taxpayer funds any speech that is designed to delegitimize the state. We are being self-destructive in the name of being an open and moral society.

Israel should also consider replicating the situation in the United States, where foreign government-funded organizations are required to register as foreign agents.

Finally, there should also be a closer connection between anti-BDS legislation and the delegitimizing efforts of these organizations, since their goals are very much the same.

We make a grave mistake thinking that, as a society, we are immune from the toxicity of that which European governments and their stooges here are seeking to accomplish.

Israel might be a strong country based on certain criteria, but we remain the “Jew among the nations,” and as such are vulnerable to demonization on a scale that is unique in the world.

We need to see the agenda of European cynicism for what it is, and not be complicit in our own delegitimization. 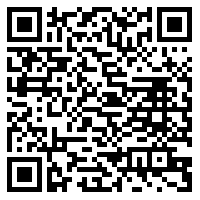