Peace Process Delusional Disorder (PPDD), the obsessive and delusional drive to create an dangerous Arab/Islamic state in the Land of Israel, has plagued many leaders and activists throughout the world, and in Israel, and might soon be listed in the DSM-6. After having smoked the peace pipe for almost twenty five years, many Israelis on the left of the political spectrum, need help recovering from their delusions and peace addiction. Not only the Israeli far-left, Breaking the Silence, Peace Now, Meretz and the other addicts like them in Israel, but those who unwittingly imbibed second hand smoke as well, like grassroots BDS activists worldwide, urgently need help, overcoming their debilitating PPDD.

PPDD caused by Peace Addiction, has become the scourge of the new millennium. A new twelve step program of recovery, Peace Addicts Anonymous (PAA), has to be promoted vigorously, to rid those afflicted in Israel and globally.

And what is Peace Addicts Anonymous (PAA) twelve step program, you ask?

A new dawn is rising, change is coming, the light of day is shining on a world where only Islamic darkness, addiction and despair had previously reined. Islam calls itself the “Religion of Peace,” yet almost everywhere on the globe where you find war and terrorism, you find Muslims perpetrating it.

Donald Trump seemed until recently, to understand who the enemy is and said it publicly, Radical Islam.

But in his recent declaration on Jerusalem, Trump said, “Peace is never beyond the grasp of those willing to reach it…I repeat the message I delivered at the historic and extraordinary summit in Saudi Arabia earlier this year: The Middle East is a region rich with culture, spirit, and history…But the incredible future awaiting this region is held at bay by bloodshed, ignorance, and terror. Vice President Pence will travel to the region…to work with partners throughout the Middle East to defeat radicalism…It is time for the many who desire peace to expel the extremists from their midst…And finally, I ask the leaders of the region — political and religious, Israeli and Palestinian, Jewish and Christian and Muslim — to join us in the noble quest for lasting peace.”

Notice he refered to radicalism, not Islamic radicalism, and extremists, not Muslim extremists. Has President Trump also been exposed to second hand smoke from the peace pipe? Well, all seems well with Trump, after hearing his National Security Policy speech…

After working on tax cuts, I hope the Trump administration overhauls Obama-care, and add a version of the PAA twelve step program to their health care system. It’s about time they start taking PPDD seriously and treat it as the public scourge it is.

And what about Israel?

The chief “peace pusher’” in Israel, Shimon Peres, retired to his new residence, permanently, not long ago. Will Israelis be treated, to get off the peace pipe? Will Israel add peace addiction recovery programs to it’s basket of health services as well? Will PPDD be recognized by the National Insurance Institute as the public health and security problem it is? Will Netanyahu finally declare the two-state solution – a euphemism for Islam’s final solution – dead?

Or, does Netanyahu himself have to go to rehab? Only time will tell… 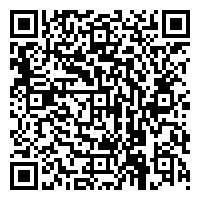