Police and Border Guard detectives on Tuesday situated themselves in a Jerusalem post office, and waited for the arrival of a suspect who had ordered parts for an M-16 rifle over the Internet, the Police Spokesperson’s Office reported.


The suspect, 60, arrived at the post office with the notice he had found in his mailbox and received the parcel containing the weapon parts. When he left the branch with the package, he was stopped and arrested by the detectives.

Later on, the suspect’s house was searched, and police seized the equivalent of $17,200. Police also arrested another family member, 20, suspected of actually ordering the parts.

Both suspects were taken for questioning, together with their parcel, at the Oz police precinct in south Jerusalem. They were later brought before a judge who remanded them to jail until December 31. 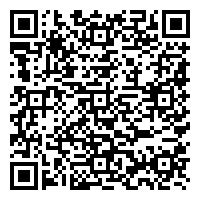