Throughout history, nations and people knew when they were winning and when they were losing. Despite suffering spectacular failures and chronic defeat, Arab leaders in general, and the PLO leadership in particular, pretend as if they are the victors setting demands.


Can you imagine Hitler during the dying days of his Nazi empire, issuing threats and demands to the Allied victors from his Berlin bunker? Would the defeated Napoleon issue threatening demands to the victorious British Duke of Wellington in Waterloo? Of course not. Even fanatics like Hitler knew when the game was over.

Israel’s Muslim Arab enemies and their allies stand out as the only aggressors in human history that become more aggressive and threatening the more they lose.

After failing to prevent Israel’s rebirth in 1948, the Arabs and their allies have spent the past 70 years trying to destroy the Jewish state through military means, terrorism, boycotts, political propaganda, historical revisionism, and legal warfare through the UN and other international organizations. All attempts have failed. While facing many unresolved challenges, Israel thrives like never before.

Israel’s legendary Foreign Minister Abba Eban eloquently put this anomaly in perspective after Israel’s victory over the Arab states in the Six Day War in 1967:

“I think that this is the first war in history that on the morrow the victors sued for peace and the vanquished called for unconditional surrender.”

The US was not popular in post-1945 Japan. However, imperial Japan, which was immensely more powerful than the Arabs were, knew when the game was up and realized that it was in no position to demand anything from the victorious Americans.

For many years, Mahmoud Abbas was considered the “moderate” voice of PLO and a counterweight to the flamboyant and combative leader Yasser Arafat. After Arafat’s death, some Israeli and many Western pundits argued that with Abbas as the new PLO head, peace was just around the corner. For over a decade, Abbas has been the darling of the international Left. Abbas has mastered this double game with great skill in order to keep up the international pressure on Israel. When addressing his international audience, Abbas used carefully worded but false words of conciliation and “peace” with Israel. When addressing his own people, Abbas systematically revealed his opposition to Israel’s existence within any borders. In reality, “moderate” Abbas differed more in style than content from his predecessor Arafat.

The PLO leader also cursed US President Trump for recognizing Jerusalem as Israel’s capital and cutting funds for UNWRA’s terrorism-sponsoring activities. In his Ramallah speech, which would have made Nazi propaganda minister Joseph Goebbels proud, PLO terrorist chief Abbas shamelessly erased 3000 years of Jewish national history in Jerusalem and Israel. For a Jew-hater who wrote a Ph.D. dissertation in Holocaust denial, it is only natural to deny the existence of Israel’s biblical past and the Jewish temples in Jerusalem.

The implications of unmasking Abbas are clear beyond any doubt. PLO never abandoned its goal of eradicating the Jewish state and rejects Jewish national independence within any borders. Israel and the international community have wasted 25 years and billions of dollars on a “peace process” with a corrupt and genocidal PLO leadership that refuses to let go of its fantasy of destroying Israel.

Since PLO, Hamas and UNWRA are obstacles to genuine peace between Arabs and Jews, they must be dismantled and replaced with a new Arab leadership committed to the welfare of its citizens and peace with Israel. PLO’s leadership are the pupils of Nazi, Communist and Islamist ideologies that are incompatible with genuine peace.

Time has come for Israel and the US to tell PLO that the game is up. With or without Abbas, PLO is a dead man walking and is in no position to demand anything from anyone. Only a mad megalomaniac despot living in fantasyland, issues threats to powerful nations like the US and Israel.

Humiliating defeat is never pleasant, especially for aggressors who got intoxicated with hubris and victories. Post-1945 Germany and Japan can attest to it. However, in the end, accepting defeat was the best thing that could have happened to the Germans and the Japanese. Their genocidal despotic regimes were replaced with genuine democracy and progress.

President Trump could become the Middle East’s nuclear Truth Bomb. Unlike the nuclear bombs dropped on Japan, the truth bombs in the Middle East do not kill anyone, but force the Muslim Arab world finally to come to terms with reality and the permanency of the reborn Jewish state and its rebuilt ancestral capital Jerusalem. 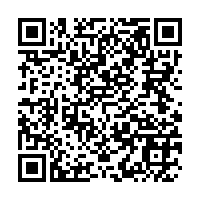