Four years ago, as President Obama was concluding his second term, he had the US abstain from an anti-Israel vote in the UN Security Council (resolution 2334), instead of using its veto power. Something the US had not done since 1980. As another parting gift, just hours before Trump took the oath of office. Obama released 221 million dollars to the Palestinian Authority in defiance of members of the GOP whom had been blocking the funds because of moves the PA had taken to seek membership in international organizations.

Inauguration day, 2017 had arrived and “change” for the better was on the way. The new President elect, Donald Trump was planning to take a very different approach to Israel.


Trump increased U.S. military aid to Israel and offered a mutual defense treaty to strengthen the alliance between the two countries. He denied terrorists funding by signing the Taylor Force Act which stopped aid to the Palestinian Authority as long as it gave stipends to Palestinian terrorists and their families. Trump stopped US funding to UNWRA, and other UN agencies marred by corruption. UNWRA has encouraged Palestinian terror and is also known to have cooperated with Hamas. He closed down the PLO mission in Washington D.C. when the Palestinians said they were going to target Israel in the International Criminal Court. He sought to squeeze, not appease the Iranian regime by rejecting the Iranian nuclear deal; the Joint Comprehensive Plan of Action, the (JCPOA) which Prime Minister Netanyahu has stated on several occasions “paves the path to a nuclear bomb” for Iran. He has been a staunch defender Israel at the UN, appointing staunch supporters Nikki Haley and then Kelly Craft as UN Ambassadors. He recognized Israel’s security needs, territorial integrity and the need to keep the Iranian regimes aggressive ambitions at bay by recognizing Israeli sovereignty over the Golan Heights. He also recognized Jewish communities in Judea and Samaria as legal. He helped forge relations between Israel and the Gulf States. On December 6, 2017, Trump kept his campaign promise and officially recognized Jerusalem as Israel’s capital. On May 14, 2018, the Embassy was moved from Tel Aviv to Jerusalem. Some nations have followed suit.

Recognition of Jerusalem as Israel’s eternal capital was a gesture of historical significance.

As opponents line up to continue to rebuke the president leveling bogus charges of anti-Semitism, Trump continues to vociferously denounce and actively oppose anti-Semitism. On one occasion, at the Holocaust Museum on Holocaust Remembrance Day, he stated, “As President of the United States, I will always stand with the Jewish people and the State of Israel. We will confront anti-Semitism on University campuses, in public places and threats to Israel.” On September 23, 2019, the president convened a meeting at the United Nations and spoke out against persecution against minorities around the world and made specific mention of anti-Semitic attacks. In response to the rising tide of anti-Semitic activity on college campuses, Trump signed an executive order threatening to cut funding from schools that do not restrain discrimination against Jewish students on college campuses.

He fights anti-Semitism while his detractors remain silent on the surge of hatred from the Left. They are complicit while Trump stands up for what is right.

What posture would a President Biden take towards Israel? On May 6, Biden expressed opposition to the Taylor Force Act stating he would resume funding to the PA. That same day, he stated he would re-open the PLO embassy in Washington DC.

He also has indicated his interest in restarting the Iranian nuclear deal at a time the Iranian regime has been under intense pressure to end its nuclear program.

How far will Biden be influenced by the ‘squad’ and the anti-Israel members of the far left of the Democratic Party in congress on matters pertaining to Israel?

Before he was elected, in a pre-recorded statement specifically for a gathering of supporters at the King David’s Harp restaurant on Mount Zion, the candidate Trump proclaimed, “I love Israel.” to a thunderous applause.  He continued, “My administration will stand side by side with the Jewish people and Israel’s leaders to continue strengthening the bridges that connect not only Jewish Americans and Israel but also all Americans and Israelis…… Together we will stand up to the enemies like Iran bent on destroying Israel and your people. Together, we will make America and Israel safe again.” He said it and he meant it.

He helped forge relations between Israel and the Gulf States.

He kept his word. 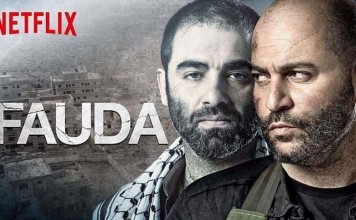 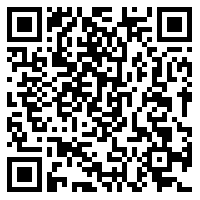