President Trump has a superpower. His superpower is that he can irritate people into doing the dumbest things imaginable.

A DNA test is useless to determine tribal citizenship. Current DNA tests do not even distinguish whether a person’s ancestors were indigenous to North or South America. Sovereign tribal nations set their own legal requirements for citizenship, and while DNA tests can be used to determine lineage, such as paternity to an individual, it is not evidence for tribal affiliation. Using a DNA test to lay claim to any connection to the Cherokee Nation or any tribal nation, even vaguely, is inappropriate and wrong. It makes a mockery out of DNA tests and its legitimate uses while also dishonoring legitimate tribal governments and their citizens, whose ancestors are well documented and whose heritage is proven. Senator Warren is undermining tribal interests with her continued claims of tribal heritage.

Warren immediately backtracked from statements earlier today in which she said that a “famous geneticist analyzed my DNA and concluded that it contains Native American ancestry”; now she states that “DNA & family history has nothing to do with tribal affiliation or citizenship, which is determined only – only – by Tribal Nations. I respect the distinction, & don’t list myself as Native in the Senate.”

Now, Warren isn’t innately dumb – she’s a former Harvard Law professor. But Trump has made her dumb. She understands that the Democratic base wants her to attack Trump on every front, and to fight every battle – and she thinks that the media will side with her no matter what she does. But most Americans weren’t staying up at night wondering about Warren’s ancestry, and she just fell prey to the infamous Streisand Effect: putting a spotlight directly where she doesn’t want it. Now we’re all paying attention.

And before the day is out tomorrow, President Trump will bring the public relations hammer. And it will be glorious. 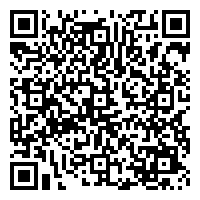