Tamimi is the mastermind behind the 2001 Sbarro massacre, where a suicide bomber entered the restaurant and murdered 15 people, half of them children, among 145 casualties. She was tried and sent to prison in Israel until 2011, when she was among the terrorists released in exchange for Hamas hostage Gilad Shalit, and went to live in Jordan.

Last month, the United States unsealed a criminal indictment against Tamimi and sought to have her extradited to the US to face charges for the murder of a US citizen who was killed in that bombing.

Jordan has refused to extradite Tamimi, falsely claim that there was no extradition treaty between the US and Jordan. She has been enjoying the use of a Twitter feed, which is popular among her many fans.

Time magazine has suggested an answer as to Why Terrorists Love Twitter:

Twitter is something of a digital town square�a free megaphone to reach a mass audience, easily accessible on smartphones and largely unmonitored.

These issues do not apply to Ahlam Tamimi.

She would not be hard to track down on Twitter since she thrives on the publicity — she needs her admirers to be able to find her easily so she can spread her message.

That’s because besides having carried out terrorist attacks against Israel in the past, Tamimi now praises and encourages terrorism against Israel as well.

MEMRI, which has been tracking her on Twitter, notes that Tamimi shares photos of the bombing she facilitated and lauds Hamas leaders:

Her tweets have included videos and photos of the scene at the 2001 Jerusalem bombing that she facilitated, including one marking the 14th anniversary of the attack and praising the bomber; a model of a bombed-out Israeli bus against a mural of Jerusalem featuring Al-Aqsa; promotion of her program “Breeze of the Free Men” on the Al-Quds satellite channel; and images, photos, and poems on Palestinian topics, including photos of Yasser Arafat, Hamas bombmaker Yahyah Ayyash aka “The Engineer, Hamas cofounder and spiritual leader Sheikh Ahmad Yassin, Hamas cofounder Abd Al-Aziz Al-Rantisi, and imprisoned Hamas commander Abdallah Al-Barghouthi.

…On April 28, 2016, she tweeted a photo evidently sent to her from Gaza, showing a model of a bombed-out Israeli bus on display against the backdrop of a mural of Jerusalem, featuring Al-Aqsa. In the photo someone holds up a sign with a message addressed to her, saying: “Ahlam Al-Tamimi, Gaza misses you.” In the tweet she responds to the message, saying “Peace be upon you, Oh Gaza [city of] peace.”

On April 15, 2016, Al-Tamimi tweeted a map of Palestine composed of photos of prominent Palestinians, including Yasser Arafat, Abd Al-Aziz Al-Rantisi, Osama bin Laden mentor Abdallah Azzam, and Sheikh Ahmad Yassin, with a poem: “Palestine unites us/ Hugs us/ Gathers us/ Embraces us/ Be angry with us/ Forgive us/ She is our mother.”

…On August 9, 2015, the 14th anniversary of the 2001 Sbarro bombing that she facilitated, she tweeted a photo of the scene of the bombing that included a photo of the bomber Izz Al-Din Shuheil Al-Masri prior to the attack, along with a poem referencing the guitar in which he concealed the bomb: “When the melody becomes destructive/ Then we would enjoy listening to music/ Oh guitarists, your time has passed/ Only your memory is left.”

Ahlam Tamimi is a wanted terrorist who admitted to her part in the Sbarro massacre. The fact that she was tried and imprisoned in jail before being released in exchange for the release of an Israeli hostage held by Hamas terrorists does not create an issue of double jeopardy. Tamimi was not pardoned. She was released conditionally, based her ceasing from any further terrorism herself or encouraging it among others.

Tamimi has clearly violated the conditions of her release.

Twitter had no need to get involved in any fine legal points here — the fact remains that Ahlam Tamimi is a fugitive terrorist, wanted by the US, who continues to encourage terrorism.

The next step is to extradite her to the US where justice can be meted out. 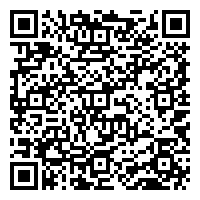