An unprecedented renewal project that will upgrade Israel’s tourism product and enhance the glorious past and future of Caesarea was announced at a Wednesday press conference of the Edmond de Rothschild Foundation, Caesarea Development Corporation, Israel Antiquities Authority and Israel Nature and Parks Authority.

Among the archaeological discoveries that have been exposed and can now be visited by the public is the altar of a temple built by King Herod some 2,000 years ago in honor of Emperor Augustus and the goddess Roma, mentioned in the writings of Josephus Flavius – alongside the synagogue of Caesarea.


The project will introduce a cooperation on an unprecedented scale in exposing, conserving and making accessible the important public buildings of ancient Caesarea in Caesarea National Park, while developing and making the settlement’s beaches accessible. This involves an overall investment of more than NIS 100 million that were allocated for the project by the Edmond de Rothschild Foundation and the Caesarea Development Corporation.

The project is being implemented as part of realizing the vision of 3 million tourists in Caesarea by the year 2030, and is becoming an important tourist-economic anchor for the residents of the region.

Caesarea has been a vibrant port city since its establishment about 2,030 years ago and throughout the various ensuing periods. Its importance and architectural wealth made it one of the premier cities in the Roman and Byzantine Empires. The archaeological excavations that are being conducted at the site in recent years on behalf of the Israel Antiquities Authority, which are a continuation of the excavations from the 1990’s, have revealed many remains that range in date from the time of Herod until the Crusader period.

Together with the large-scale archeological excavations, extensive conservation and restoration measures and development of the harbor are taking place in Caesarea National Park. In fact, this is one of the largest and most important conservation projects ever undertaken in Israel. There is no other site in Israel where in recent years so many funds, resources and means of conservation and development have been allocated. This is a complex operation, which poses many challenges in planning and execution, while maintaining the values of the place. The project is being directed by conservator Yoram Sa’ad and architect Ya’ara Shaltiel of the IAA Conservation Department. Upon completion of these activities the Caesarea Development Corporation and Israel Nature and Parks Authority will construct an innovative visitor center, installations for benefit of visitors, a spectacular archaeological park and an enchanting promenade that will begin at the ancient aqueduct (Aqueduct Beach) and connect to the city wall and fortifications promenade of ancient Caesarea.

Guy Swersky, vice chairman of the Edmond de Rothschild Foundation, said in a statement: “Since its establishment the Edmond de Rothschild Foundation has contributed hundreds of millions of shekels to the advancement of higher education in Israel and has been at the forefront of innovative initiatives throughout the country. The foundation made a strategic decision to invest more than NIS 100 million in uncovering the layers of history and exposing the fascinating past of ancient Caesarea. This enormous project has unprecedented archaeological significance, but it is no less important as a catalyst for tourism and economic activity that will benefit the entire region. The wealth of artifacts already discovered in the excavations greatly enhances one’s experience when visiting the national park and Caesarea’s harbor, and provides a rare glimpse into the historical story of Caesarea as the Roman and Byzantine capital, and as an mportant rabbinic center for generation. The ancient Jewish past of the city, of Rabbi Akiva and the ten martyrs is revealed before our very eyes.”

Michael Karsenti, CEO of the Caesarea Development Corporation, said in a statement: “For the first time, the three relevant entities – the Israel Antiquities Authority, Israel Nature and Parks Authority and Caesarea Development Corporation – are working together to implement a plan that will ensure the meticulous preservation of the archaeological, historical and nature values of Caesarea throughout all of the periods, along with making them easily accessible to the vast visiting public from Israel and the world. These works include exposing, conserving and making accessible the Old City and its treasures to visitors from Israel and abroad. We are meticulous about maintaining the “Caesarea Standard” – the highest level of planning and execution, as is customary in all activities undertaken by the Caesarea Development Corporation. The aim is to enrich and expose the centers of archaeological, cultural and religious content throughout ancient Caesarea – from Jisr az-Zarqa in the north by way of the aqueduct, the ancient harbor, to Kibbutz Sdot Yam and the Odeon – and turn them into the main tourism site in Israel, together with Jerusalem. This is a comprehensive development momentum that will change the reality and transform the entire area into an international tourist destination.”

According to the Israel Antiquities Authority director Israel Hasson, “the joint project is meant to expose, conserve and make use of Caesarea’s secrets for the enjoyment of the general public. To date, only about six percent of Caesarea’s treasures have been discovered, and magnificent finds on a global scale are buried beneath its sand dunes. This initiative must be a springboard for an ongoing national project to develop the Caesarea site in all its glory. It should be noted that beyond the archaeological activity, groundbreaking conservation measures are being carried out led by the IAA Conservation Department. We consider this project an opportunity for fostering educational activities at the regional and national levels, and invite the public and discharged soldiers to come, work, volunteer, and be partners in this creative effort.”

The Ancient Caesarea Renewal Project was announced by, Shaul Goldstein, director-general of the Israel Nature and Parks Authority and Dr. Doron Ben-Ami, the IAA Central Region archaeologist. The renewal project enhances and upgrades the visitor’s experience in Caesarea National Park as the foremost antiquities site in Israel, together with Jerusalem.
One of the unique features of the project is the support of the general public – students from Or Akiva, as well as cadets, students and ordinary citizens who come to volunteer and take part in the archaeological excavations at the various sites throughout Caesarea – turning Caesarea’s fascinating past into a glorious future for the entire region. 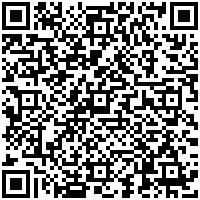