The Jewish Press lost two family members almost simultaneously five years ago this week. Both were impressive figures in their own right but always interacted with others in an unpretentious, down to earth manner.

Rebbetzin Irene Klass treated me royally from the moment I started at The Jewish Press some eighteen years ago, calling me regularly not just at the office to discuss the paper but at home as well, for reasons both professional and personal.


Her reputation for altruism and generosity was legendary and well deserved. A deep empathy for others fairly radiated from her inquisitive eyes, and when she would speak with someone that person was never in doubt that he or she was the sole object of concern for the duration of the conversation.

Irene – whenever she called she would always say “It’s Irene,” not “Rebbetzin Klass” or “Mrs. Klass,” just “Irene” – always let me know whenever something I’d written resonated with her. And while I’m certain there were times when she didn’t agree with something I wrote, she never told me so.

There was no second-guessing with her; if she knew you had the best interests of The Jewish Press at heart and were doing whatever you could for the betterment of the paper, that was good enough for her.

Irene’s son-in-law Dr. Ivan Mauer, the husband of Jewish Press associate publisher Naomi Klass Mauer, always found the time, despite a busy medical practice, to call with a compliment or friendly suggestion. He’d invariably begin every phone conversation with, “I know you’ve got more important things to do than talk, but I just wanted to quickly tell you…”

A voracious reader, Ivan devoured a staggering variety of books and periodicals. He had a particular interest in political magazines and subscribed to just about all of them. He relished trying to set me straight when he thought I’d gone off the deep end with something I’d written.

Over the years and wherever he resided – Los Angeles, New York, Jerusalem, Ofra, etc. – he was known for the compassion he exhibited to all who made his acquaintance: neighbor or stranger, longtime patient or random passerby, Jew or non-Jew.

“Ivan was someone who treated all people with the same respect,” says Naomi. “He never thought his medical degree put him on a higher level as a human being. For example, he would always say good morning to the man sweeping the street in front of our building and ask after his family. When Ivan died, the man told me no other person had ever even greeted him, much less expressed an interest in his family.”

Naomi remembers the time Ivan was examining the parking garage attendant, who was sitting on a chair with his shirt open while people were waiting to get their cars.

“When I asked him about it,” she says, “he explained that when he went to get his car the attendant told him he was having terrible chest pains. It seems he had asked another MD whose car was in the garage but he told him to go see his own doctor. Along came Ivan Mauer, who would never turn away anyone who needed medical help.”

Recalls his son Tzvi: “He was a dedicated physician and healer, pushing aside his own interests and being available as soon as others had a need for medical attention. This meant our family saw very little of him. Naturally, Shabbat meals were special as this was the time when our family, including my father, gathered together to eat, catch up on things, and sing songs. Nonetheless, it was not unusual that during the meal we would hear a knock at our front door. We all knew what this meant, and Dad would immediately stop eating and rush to collect his medical equipment and go provide whatever help was necessary.

“Such immediate and unselfish commitment to others, and over the course of so many years, continues to inspire.”

Rebbetzin Irene and Dr. Ivan are no longer here in the physical sense, but I can’t help feeling they’re still very much a part of the Jewish Press readership. I know I often sense their presence when I’m staring at my computer screen writing or editing an article for the paper.

(Editor’s Note: Naomi Mauer will have an article about her husband in the December 25 issue of The Jewish Press.) 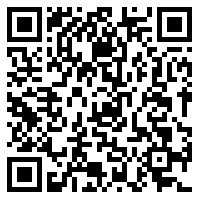