One of the few points of unbounded bipartisan agreement in Washington has for decades been that U.S.-Israel security cooperation is right, good, mutually beneficial, and worth every nickel spent on it. It is well–grounded in facts and has acknowledged benefits to both sides.

However, at the J Street Conference last week, left-of-center political candidates and hostile-to-Israel speakers questioned the utility of American aid to Israel except, perhaps, as “leverage” to force Israel to meet their left-of-center and hostile-to-Israel demands. Candidates were willing to “explore” the issue. But it was left to J Street president, Jeremy Ben-Ami, to get to the heart of the conversation – Ben Ami isn’t interested in “leverage,” but in de-legitimizing the aid. “American aid is not intended to be a blank check. As Israel receives that $3.8 billion in aid, what is it being used for?”

Actually, it’s not, a secret. The United States is Israel’s ally of first choice. And Israel remains the one country the United States can rely upon to defend itself by itself and in coordination with American interests. And most of the money is then spent by Israel in the U.S.

The origins of U.S.-Israel security cooperation are in the Cold War understanding that the United States could not engage all the adversaries of all its allies and friends around the world. It was embraced warily at first — the Americans were unconvinced they would receive anything of value and the Israelis were concerned about continued freedom of action. But it worked. Israel went from being considered a net security consumer to a net security producer, meaning the United States did not have to expend resources to defend Israel. And Israel participated in making the Middle East and eastern Mediterranean regions more secure due to its presence.

The following list of Israeli assets was developed in 1979 as a “quick reference guide” to security cooperation:

Added in 1996: Israel’s military research and development capabilities complement those of the U.S. Its intelligence services cooperate closely with ours — to our benefit. And large numbers of American troops train in Israel.

Added in 2006: The establishment of police-to-police counterterrorism training in Israel.

Nothing has ever been removed.

Not a single American serviceperson needs to be stationed in Israel. Aside from training missions, there have been American soldiers stationed in Israel since 2009, only working with the American/Israeli co-designed X-band radar system — a deployment that helps the U.S. and Israel monitor threats from the east.

Israel’s missile defense capabilities — developed and produced in conjunction with American industry — not only protect Israel from Hamas and Hezbollah missiles, but protect the United States from emerging threats from North Korea and Iran. Various branches of the U.S. military have purchased a variety of Israeli-developed systems and participated in joint development of anti-tunnel defenses, the Arrow Missile Program, the F-35 Joint Strike Fighter Plane, THEL Laser Program, the Advanced Urban Combat Training Facility, as well as Iron Dome.

Israel has been a partner in U.S. and multi-lateral military exercises for years; interestingly, Israel and the United Arab Emirates flew together in one. Combined exercises have taken place on NATO territory, in the U.S., in Israel (where the Luftwaffe flew above Israeli territory, making a few people blink), and the Pacific Ocean. Not a single country has opted out due to Israel having opted in.

The two countries are drawn together by common values and common threats. The bipartisan support of our ally Israel has been a testament to those values, as well as to the practical recognition that the threats require cooperation in intelligence, technology, and security policy.

The volatility of the Middle East is unlikely to be constrained. The United States, desirous of removing its soldiers from the region even as it understands the risk attendant to a resurgent Russia and increasingly desperate Iran, is as much in need of capable allies now as it ever was.  It would be a shame if rampant J Street politicization of the relationship were allowed to do damage. 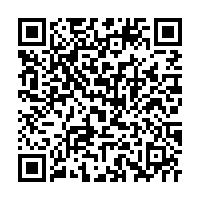