Criminal complaints are now being filed by students following the belligerent disruption of a May 17, 2018 Students Supporting Israel [SSI] event at University of California Los Angeles. At least a half-dozen students announced they would visit the UCLA police department to file formal complaints reporting criminal disruption of a meeting, as well as disturbing the peace and conspiracy.

The move follows media disclosures that the UCLA was reneging on the public pledge by two chancellors in the Daily Bruin —bolstered by a statement for the record by a university spokesman — to refer the belligerent May 17 incident to prosecutors.


The disruption and nose-to-nose intimidation of the students attending the May 17 SSI event at UCLA was documented in a video, beginning at minute 41. Disruptors suddenly and loudly stormed into the room mid-session. One person tore down a flag, demonstratively pulled away a desk placard, and cursed threateningly close to the face of a panelist. With bullhorns, whistles, staged dancing, and slogan shouting, the event was shut down.

The Louis Brandeis D. Center, led by attorney Alyza Lewin, along with Director of Legal Initiatives Aviva Vogelstein and three law students in the UCLA Brandeis chapter, dispatched a letter to the university asserting that the disruption crossed the line into misdemeanor violations of the California criminal code. They cited Title 11, section 403 (which covers deliberate disruption of a public meeting —successfully used to convict the so-called Irvine 11), section 415 (which covers malicious disturbance of the peace), and section 182 (which forbids any conspiracy to violate the other sections).

At the same time, two UCLA chancellors, Jerry Kang and
Monroe Gorden, penned an official denunciation of the incident
that was published in the Daily Bruin campus newspaper.
Their statement promised, “For those outsiders who disrupted
the event, we will refer all evidence of wrongdoing to local
prosecutors to determine whether they have broken the law.”

Bolstering the chancellors, university spokesman Tad Tamberg
confirmed, “the off-campus people who have been identified …
have been arrested previously and are known to the police
here and have been referred to the prosecutor’s office.” He
added, that a proper police investigation had already been
done. “You don’t send something to the prosecutor’s office
without first investigating it,” he stated. The involved UCLA
students were to be referred to university discipline rather
than prosecutors, the university stated.

It was not clear why UCLA students, who potentially broke
the law, would not receive the same referral to prosecutors
as outsiders for the same conduct.

The case then took a strange and unexplained twist. Three
weeks after the event, in an email, Tamberg clarified, “There
were no arrests, nor did anyone file a police report or complaint
regarding the May 17 disruption, hence there was no police
investigation.” Tamberg explained his prior assurance about
a referral to prosecutors actually involved the disruption of an
earlier, completely unrelated February 26, 2018 event with
Treasury Secretary Steve Mnuchin.

Prosecutors and police assert that without the filing of actual
police complaints, no investigation or referral to the prosecutor
can take place. None of the disrupted students contacted said
they had filed a report, with two saying they did not even know
they had the right to file such a complaint. Hence, no action
could be taken.

After the media disclosure, numerous students stepped forward
to file complaints. The first was Justin Feldman, president of
the SSI chapter at Santa Monica College, enrolled at UCLA for
the fall semester. Feldman stated he feared for his personal
safety during the incident. On June 11, Feldman, who had
previously completed a StandWithUs [SWU] high school
training program, appeared at the UCLA police department
accompanied by Yael Lerman, SWU legal director, to formally
file his complaint.

More than a few of the students harassed during the May 17
event had trepidation about filing a police report. But,
according to Lerman, the police made the whole process
“comfortable,” acting “helpful and respectful.” After a short wait
at the station, officers Robert Chavez and Lowell Rose
escorted Feldman into a small room where his report was
taken during an hour-long interview in what Lerman described
as an “unrushed” session.

Lerman credited Feldman for his actions. “What Justin did in
filing was critical in moving the process forward. The [UCLA]
administration has known about this for weeks and has chosen
not to move this forward. So now the students have to.”

After emerging from the police station, Feldman stated, “I feel
empowered.” He added, “I feel it is so important for students
to take matters into our own hands, and not leave them to
bureaucratic measures.” Feldman stated that “most students
simply do not know about the process and what measures can
be taken to hold people accountable.”

“Justin’s courage will serve to empower other students at
universities across the country who will realize that students
can help move justice forward when administrations can’t or
won’t,” added Roz Rothstein, cofounder and CEO of
StandWithUs.

A campus police spokesperson assured that the department
would investigate all complaints in the matter. Feldman’s
complaint is just the beginning.

At press time, Alyza Lewin, COO of Louis D. Brandeis Center
in Washington, D.C., had dispatched its director of legal
initiatives, Aviva Vogelstein, and a law clerk to fly to Los
Angeles to meet with numerous other students who are
scheduled to file complaints. Law students in the UCLA
Brandeis chapter will observe the process.

The police currently are reviewing a list of 10 individuals who
allegedly perpetrated the disruption, along with screen captures
of their text messages and social media statements. One such
message urged disruptors “to shut it down.”

Within 24 hours of Feldman’s complaint, UCLA confirmed that
the matter would indeed be referred to prosecutors. “UCPD
has reviewed the video of the May 17 disruption, and is
investigating the information in the incident report for any
new evidence about the disruption that it may contain,” stated
university spokesman Tamberg. He added, “UCPD will forward
the incident report to the Los Angeles City Attorney’s Office.”
A prosecutor has already been assigned. Tamberg stated
UCPD “will discuss both the report and the video with the
prosecuting attorney in July, when that person returns from
leave.”

Gantz: We Will Bring Long-Term Quiet & Safety Back; Netanyahu: Campaign Will Take Time 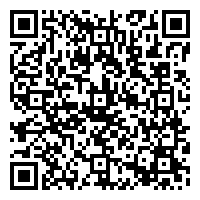