Achilles, a white Hermitage male cat endowed with psychic powers, has predicted that the Russian team will defeat Egypt on Tuesday at their World Cup game in St. Petersburg, TASS reported.


The oracle cat was offered two bowls of food each affixed with the flag of one of the teams, in a clairvoyance session held at the State Hermitage Museum in St. Petersburg, Russia’s second-largest city. The food was spooned from one package for an accurate prediction. The cat immediately headed to the Russian flag and ate all the food from the national bowl.

However, proving the popular belief that cats are loyal only to themselves, Achilles proceeded to eat from the bowl with the Egyptian flag. Still, the organizers are confident the cat picked Russia.

Achilles picked the Russian team over Saudi Arabia for the opener in Moscow on June 14, and, indeed, Russia beat Saudi Arabia 5-0.

Incidentally, Crown Prince Salman bin Abdulaziz Al Saud was sharing a booth with Russian President Vladimir Putin, and the latter was becoming increasingly uncomfortable the longer the slaughter on the green continued.

Achilles is deaf, as many white cats are, which his owner says helps him concentrate on his predictions.

The Hermitage cat was right about the outcomes of three out of four 2017 Confederations Cup matches played in St. Petersburg, including the opening and final matches. His clairvoyant performances during the World Cup games is part of a joint tourism project of St. Petersburg and the Hermitage Museum.

Achilles will hold prediction sessions for the outcome of the World Cup’s matches in St. Petersburg on June 22, and 26, and on July 6 and 10. 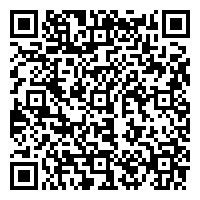