The Palestinian terrorist group Hamas could not have wished for a better birthday gift than the one with which the United Nations General Assembly presented it last week.

In a few days, Hamas will hold a massive celebration in the Gaza Strip to mark its 31st anniversary. Hamas leaders are expected to pass on to their supporters the nice gift the terrorist group has just received from the UN — a gift that enables them to continue launching rockets at Israel and planning how to kill as many Jews as possible on the way to eliminating Israel and replacing it with an Islamic state.

Although a majority of UN member states voted in favor of a US-sponsored resolution condemning the activities of Hamas and other Palestinian terrorist groups, it failed to be adopted at the UN General Assembly. The resolution condemned Hamas for “repeatedly firing rockets into Israel and for inciting violence, thereby putting civilians at risk”, and for its use of resources to construct military infrastructure “including tunnels to infiltrate Israel and equipment to launch rockets into civilian areas.”

Although 87 members voted in favor, and 58 against with 32 abstentions, the resolution failed, because prior to the vote, the General Assembly passed a different resolution requiring a two-thirds majority for endorsing the US-sponsored resolution.

There is no need to ask experts on Palestinian affairs about this perception, or conduct a study or a poll. All one has to do is listen to what Hamas and Islamic Jihad have been saying in Arabic.

As leaders of Hamas and Islamic Jihad have commented, the failure of the US resolution is a “major victory for the Palestinian resistance.”

What happened at the UN General Assembly last week is a “big boost for the Palestinian resistance,” commented senior Hamas official Khalil al-Haya.

Besides the joy the terrorist groups have been expressing in recent days, they are now thanking and praising the countries that opposed the US resolution in particular, and the UN in general, for giving Palestinians a green light to continue the fight against Israel. In other words, Hamas is saying thank you to those countries that do not consider suicide bombings and rocket attacks as acts of terrorism.

The “resistance,” for those who are still unfamiliar with Palestinian terminology, refers to various forms of terrorist attacks targeting Israeli soldiers and civilians. “Resistance” includes, among other things, suicide bombings, shootings, stabbings, car-ramming attacks, rocket and missile attacks, stone-throwing and hurling firebombs at Jewish families driving on the highways of the West Bank.

By failing to endorse the US-sponsored resolution, the UN has sent the following message to Palestinian terrorists: “You have nothing to worry about because the UN will not label you terrorists if you attack or kill Jews.” This message has been fully absorbed by the terrorists in the Gaza Strip, who are now celebrating their “victory” at the UN.

Hours after the UN failed to endorse the resolution, the Hamas leadership announced that the “armed struggle” against Israel will continue. The announcement came as Palestinians were also marking the 31st anniversary of the eruption of the First Intifada, also known as the “Rock Intifada.” “The resistance is a legitimate right guaranteed by all international laws and conventions,” Hamas said. “This includes the armed struggle, which constitutes a strategic choice for safeguarding the Palestinian cause and restoring Palestinian rights.”

The timing of the Hamas announcement was not coincidental; it came hours after the terrorist group heard and watched how the UN had refused to pass a resolution condemning Palestinian terrorists for firing rockets at Israel. It is also no coincidence that Hamas chose to emphasize the term “armed struggle” in its statement. Like the word “resistance,” “armed struggle” also refers to terrorist attacks to take over all the land “from the river to the sea” — meaning from the Jordan River in the east to the Mediterranean Sea in the west; in short, all of Israel.

What Hamas is telling the UN and the rest of the world is: “Now that you have refused to brand us terrorists, we have the right to launch all forms of terrorist attacks and kill as many Jews as possible.” Hamas and Islamic Jihad leaders are, in fact, threatening not only to continue, but also to step up, their terrorist attacks on Israel.

Besides Hamas and Islamic Jihad, other Palestinian factions have also interpreted what happened at the UN General Assembly last week as a green light to proceed with their genocidal schemes to kill Jews and annihilate Israel. The PLO’s Popular Front for the Liberation of Palestine (PFLP) and Democratic Front for the Liberation of Palestine (DFLP) have joined the chorus of Palestinian terrorist groups celebrating the downfall of the US resolution. They, too, see the failure of the US resolution as a license to continue launching terrorist attacks against Israel. Like the rest of the terrorist groups, PFLP and DFLP have perceived the failure of the resolution as legitimizing violence and terrorism.

Prior to the vote, the Palestinian terrorists said they feared that if adopted, the US resolution would “criminalize” the Palestinian fight against Israel. Even Hamas’s rivals in the supposedly moderate and secular Fatah faction expressed this fear.

Fatah, too, was worried that the resolution would paint all Palestinian groups in one color, making it impossible to distinguish between Fatah and Hamas. Since Fatah has also been involved in anti-Israel terrorism, it feared that labelling Hamas a terrorist group for indiscriminately firing rockets at Israel would create a precedent, and that Fatah would be next to be added to the list of the international community’s list of terror groups.

When Hamas and its supporters celebrate, the few Palestinians who are described as moderates and pragmatists and who are opposed to violence and terrorism, will have to hide.

Thus, with this move, the UN has expertly torpedoed even the remotest possibility of peace talks. Thanks to the “peace-loving UN,” December 2018 may well go down in history as the day the UN gave the green light to Palestinian terrorists to continue perpetrating violence on Israel and Jews. The blood of the next Jewish victim will be on the hands of the UN and those countries that worked hard to scuttle a simple and sane resolution: one that condemns terrorism. 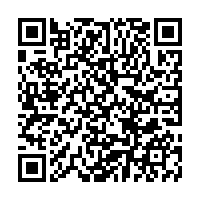