Paris, October 20 – The United Nations Educational, Scientific, and Cultural Organization is considering a proposal to deem the site of the September 11, 2001 attacks in New York a place of Muslim cultural heritage, since nineteen Muslims achieved martyrdom in the aircraft that struck the Twin Towers that morning.


Following deliberations on declaring the Western Wall  – a holy site in Judaism – to be an integral part of the Al Aqsa Mosque atop the Temple Mount, UNESCO will discuss the terms of the World Trade Center becoming a Muslim site. If the measure passes, the organization will direct funding toward preservation of the site’s Islamic heritage and religious significance, along with educational initiatives to help the public frame its perception and understanding of the site primarily in an Islamic context. As part of the effort, any attempt to obscure or reduce attention to the Islamic status of the World Trade Center site, or to alter its appearance, will trigger condemnation from UNESCO , a move that carries political and diplomatic repercussions.

“It has been fourteen years since nineteen young men, mostly from Saudi Arabia, gave their lives for Islam, and forever cemented the World Trade Center as a location of tremendous significance for the faith,” explained Saudi Arabia’s delegate to UNESCO, Qillemm Touaman. “But the site is located in the midst of a society that has demonstrated it does not place any particular value on Muslim heritage, so the international community, through UNESCO, must step in to safeguard the authentic heritage of the place.”

Complicating matters is that the custodians of the site, an entity called the Port Authority of New York and New Jersey, has overseen the construction of a 94-story office tower just north of where the Twin Towers once stood, thus disturbing the site and impinging on the sacred nature of the space by treating it as a corporate setting where tens of thousands of non-Muslim feet soil the premises daily. If the UNESCO measure passes, the consequences for the Port Authority, and for the United States, remain unclear. Possible scenarios include the mandatory installment of memorial plaques to the nineteen men at various prominent locations throughout the facility; additional structures or sculptures to commemorate the event that forever made the World Trade Center a place of Islamic importance; and replacing the entire “Freedom Tower,” as it is known, with a more suitable architectural monument to honor those who gave their lives for Islam on that spot.

Touaman said he has a number of suggestions for how to accomplish the last possibility, but that there is no rush to reach a decision, as his nephew and several friends have only just enrolled in flight school. 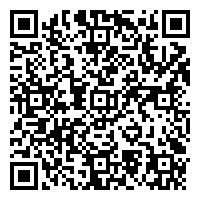