Random acts of violence. Daily stabbings. Bystanders run down on the sidewalks. A religious couple shot dead in front of their four children.

There’s one predictable narrative we can be certain will emerge from these horrific headlines: It’s Israel’s fault.


So says James Zogby, president of the Arab-American Institute. But Mr. Zogby offered an additional insight in an interview with Andrea Mitchell on MSNBC.

“Look, there’s a bit of Ferguson going on here. Maybe a little bit more than a bit of Ferguson… Unless we find a way for those who control the occupation — it’s not the Palestinians, it’s the Israelis — to give these kids a ray of hope, to say that there is a future for you that’s different than what you’re seeing right now, this isn’t going to end… The violence is the result of a situation of despair that is eating away at the lives and souls of both peoples.

“Palestinians are at the end of the day the ultimate victims.”

Mr. Zogby’s comparison is absolutely right. But he’s right for all the wrong reasons.

Before 1920, the concept of a Palestinian people did not exist. Arabs living in the region considered themselves part of greater Syria, until the French and British divided the region and ended hope of a single commonwealth. Only then, in a desperate attempt to create a national identity out of whole cloth, local Arabs proclaimed themselves Palestinians and begin lobbying for a country of their own.

And they got what they wanted. The next year, Colonial Secretary Winston Churchill divided the region into what are now Jordan and Israel. The Arabs received 76% of the land. The rest was reserved as a Jewish homeland

But even that was not enough. In 1947 the United Nations divided the remaining territory roughly in half, leaving Israel with roughly 13% of the original Mandate. The Jews accepted the compromise. The Arabs went to war.

Between 540,000 and 720,000 Arabs fled Israel, encouraged by leaders who promised that they would return to their homes after the Jews had been pushed into the sea. Nearly 70 years later, about 5 million Arabs remain in squalorous refugee camps, unsettled by their own people because of their value as a bargaining chip to demand repatriation or restitution that Israel cannot afford to give.

Of course, no one ever mentions the 860,000 Jews who fled arab lands at the same time, resettled by Israel without ever received restitution from the arab countries that expropriated their homes and property.

Nor do we hear about the greater prosperity, literacy, and life expectancy of Israeli Arabs compared with that of arabs in the surrounding countries. Not to mention freedom.

In fact, as early as 1960 King Hussein of Jordan admitted that “Arab leaders have approached the Palestine problem in an irresponsible manner… they have used the Palestine people for selfish political purposes. This is ridiculous and, I could say, even criminal.”

And all the way back in October, 1949, Egyptian Foreign Minister Muhammad Salah A-Din told the Cairo journal Al-Masri that, “In demanding the return of the Palestinian refugees, the Arabs mean their return as masters, not slaves; or, to put it quite clearly — the intention is the termination of Israel.”
But facts don’t matter. Instead, we hear the constant slanderous refrain: occupation, oppression, expansion, apartheid. Just like we continue to hear the false narrative of “hands up, don’t shoot,” long after the facts proved that it never happened. It doesn’t matter that Israeli Arabs have been represented in every walk of life, including an Arab captain of the Tel Aviv football team, an Arab former deputy speaker of Knesset, an Arab Supreme court justice, and an Arab former Miss Israel — just as it doesn’t matter that the United States has had a black secretary of state, a black attorney general, a black Supreme Court justice and, oh yes, a black President.

It doesn’t matter that all the way back in 2000, Yasir Arafat refused to accept Israeli Prime MInister Ehud Barak’s offer to return 94% of the West Bank to the PLO. Just like race-hustlers continue to use the mantra of black lives matter to divide the wider community and profit by perpetuating the grievance industry.

It doesn’t matter that Israel withdrew from Gaza in 2005, after which Arab leaders incited their people to destroy the infrastructure left behind by the Israelis. The images of wanton destruction of their own property foreshadowed images of local stores in Ferguson looted and burned to the ground by the very people who stood to benefit from them.

It doesn’t matter that Hamas leaders used their new autonomy to launch missiles against Israeli civilians, just like criminals used their indignation as an excuse to shoot down policemen. It doesn’t matter that Hamas embezzled millions of dollars in humanitarian aid to build sophisticated tunnels under the border to attack Israelis, just as millions in welfare are squandered perpetuating an entitlement culture that pulls down the very people it is intended to build up.

And just like the European community and the Obama administration ignore facts and evidence to embrace political correctness and moral equivalence, thereby enabling Palestinian violence against Israeli Jews, so too is the media complicit in perpetuating the racial divide by providing hate-mongers like Al Sharpton and James Zogby a platform to broadcast their vitriol.

Yes, Palestine and Ferguson have a lot in common. We just have to pay attention to the facts so we know where to lay the blame. 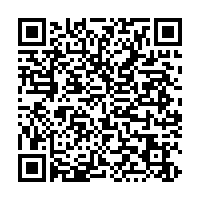