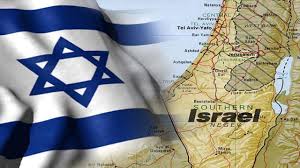 A correct assessment of the situation is vital in dealing with emergencies, terrorism, or war. It is a mistake to identify the situation as yet another eruption of the same old, same old for which we supposedly have a response. When it comes to the people’s priorities, this anxiety is familiar. In terms of how terrorist incidents are handled, the security forces need to supply a basic solution in the form of tried and tested combat methods. But a systemic response requires an overall examination of events in their specific context.

They say reality is complicated. This complexity is expressed during tensions when the leadership needs to take a balanced approach. The first source of tension lies in defining what is taking place – between the understanding that the murderers were inspired to act by an Islamist ethno-religious campaign against the Jewish citizens of Israel. Of course, we must highlight the heroism of the late Israel Police officer Amir Khoury, who is not Jewish, as well as fallen Druze Border Policeman Yazen Falah. But they were murdered because they were wearing uniforms that symbolized the Jewish state of Israel’s sovereignty.


Similarly, reality demands another point of balance. On one hand, the argument that we should examine the differences between Arab Israelis and the Arabs in the Palestinian Authority, like we distinguish between Fatah and the Palestinian Islamic Jihad or Islamic State, is correct. On the other hand, we shouldn’t deny that they are all united in their motivation to annihilate Israel.

Arab affairs and Middle East analyst Zvi Yehezkeli wrote: “The Palestinian struggle unites everyone – Hamas, the PIJ, and ISIS … very few Arab Israelis support the two terrorists from Umm al-Fahm. There are a billion and a half Muslims in the work, approximately one-one thousandth of whom have turned into terrorists. But that fraction brought down the Twin Towers [on 9/11] and set the agenda for Islam.”

Israel’s leadership should combine the view that most Arab Israelis will continue to opt for coexistence and the view that a small, radicalized minority continues to pose a threat to Israel, despite its minority status.

The government’s main response cannot be limited to the correct deployment of security forces. The leadership challenge is to build common national ground that unites us all. At the most basic level, this starts with the existential fear all the citizens share. But this in and of itself is too little for an ongoing battle. For example, it’s easy to cling to the issue of holes in the security barrier. But from the start, the barrier was built to deceive the public – it was constructed for political needs, disguised as security. The same goes for the ridiculous calls from left-wing leaders to separate Israel from the Palestinians, which deter any basis for national unit. At a time like this, finding such a base is the ultimate test of Israel’s leadership. 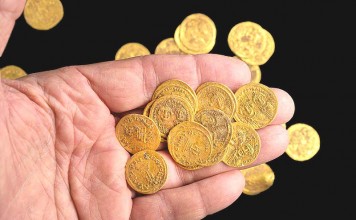