Last week, Azerbaijan inaugurated its new tourism office in Tel Aviv, and Azerbaijan’s Tourism Attaché Jamilya Talibzadeh proclaimed: “We are very pleased that you are sharing this day with us. From now on, we have a part of Azerbaijan in Tel Aviv. Feel free to come around to know more about Azerbaijani culture and our tourism potential. We hope that this is a starting point for your travels to Azerbaijan.”

Fuad Nagiyev, Chairman of Azerbaijan’s State Tourism Agency, declared:
“We consider the development of a tourism relationship with Israel a priority. The friendly bilateral ties between Azerbaijan and Israel that have developed here are a historic fact. There are cultural connections, friendships, and a spirit of understanding with the establishment of these ties. Azerbaijan is a tolerant and multicultural country, where numerous ethnic groups live in peace and harmony. Azerbaijanis and Jews have lived together for centuries, upholding the same values. It is not inconsequential that the only population densely populated by Mountain Jews is in the Red Village of Guba. Jewish populations can also be found in other regions of Azerbaijan.”


According to Nagiyev, “We do various activities to preserve the Jewish heritage in Azerbaijan. We have prepared a Jewish Heritage section at the Azerbaijan Tourism Board. … I am confident that the Tourism Office will provide the opportunity to increase mutual friendship between Azerbaijani and Jewish people, and will contribute to the tourism exchange.”

Professor Arye Gut, executive director of the Baku International Center for Multiculturalism in Israel, noted that “the State of Israel has supported the territorial integrity of Azerbaijan for 30 years. Israel was one of the first countries to recognize a sovereign Azerbaijan. No country in Eurasia has closer or friendlier ties with Israel than Azerbaijan. The Israeli-Azerbaijani partnership has evolved through the two countries robust cooperation in the fields of agriculture, hi-tech, healthcare, military and technology. The State of Israel is one of Azerbaijan’s main purchasers of oil.”

A recent press release put out by Azerbaijan’s Tourism Office claimed that “the number of Israeli citizens visiting Azerbaijan in 2019 was 47,000. This means an increase of 17.3% compared to 2018. Although this number declined sharply during the pandemic, it began to increase steadily in 2021 with the gradual opening of the borders.”

A cooperation agreement was signed between Israel’s Tourism Ministry and the Tourism Agency of Azerbaijan during the inaugural opening. The two parties will cooperate in the field of tourism, and establish relations between the tourism authorities, associations, organizations, and relevant companies in the two countries, including cooperation in the historical, digital, and ecological fields.

Adventure tourism will be encouraged in both countries, as will travel to cultural and historical heritage sites.

An Azerbaijani delegation took part in the International Mediterranean Tourism Market (IMTM 2022) exhibition in Tel Aviv on March 29-30 this year. The delegation, represented by Azerbaijan Airlines, the Museum of Mountain Jews, the Tourism Department of the Nakhichevan Autonomous Republic, and 9 other local partners, demonstrated Azerbaijan’s tourism potential, including new and renovated Karabakh’s tourism potential. 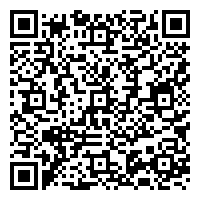