Anti-Israel lesson plans are fast becoming a problem in high schools across the country and even in unlikely places like the heavily Jewish populated town of Newton, Mass., a group of scholars and writers on the Middle East are warning.


Nationally, mainstream Jewish organizations are paying significant attention to anti-Israel activity on college campuses. But there is not enough focus on what is being taught at the middle and high school levels, according to Andrea Levin, executive director of CAMERA, an international fact-checking organization that monitors the media, college campuses and high school lesson plans.

“What we’re seeing is that fashionable anti-Israel ideologies on college campuses are trickling down to the high schools,” says Levin. “Yesterday’s college students are today’s high school teachers. Misinformation learned in biased college classrooms is now being taught in social-studies classes in public schools.”

Syracuse University political-science professor Miriam Elman agrees. “What’s happening is a kind of negative feedback loop,” she says. “Not only does anti-Israel hostility on college campuses influence the next generation of high school teachers, but these high school teachers are in turn sending kids up to college with a misinformed view of Israel.”

According to Elman, the result is that some high schools and universities are becoming ever more inhospitable to the values of most Jewish students and families, as well as other Americans who value the U.S.-Israel relationship and academic integrity. Bias at the two school levels is feeding off each other.

The question of how to break this “negative feedback loop” will be one of the themes at an upcoming scholarly conference at the JCC of Greater Boston in Newton, Mass. on Jan. 28, which is being sponsored by CAMERA.

Levin says that the location for the conference has a reason: Anti-Israel bias in Newton’s public high schools has received national media attention in recent years. In August, a lawsuit was filed in Massachusetts concerning anti-Semitic school materials in Newton, as reported by JNS’s Jackson Richman.

“Newton really is an important case study for the whole country,” says Steven Stotsky, author of Indoctrinating Our Youth: How a U.S. Public School Curriculum Skews the Arab-Israeli Conflict. “Newton is not the sort of community where you’d expect an anti-Israel worldview to gain a foothold in the public schools—and yet it has. It just goes to show you that such bias can taint any school district.”

Stotsky says that omissions play a key part in the school’s flawed lesson plans. Much of the time, kids are not receiving a factual version of Israel’s side of the story.

“Looking at the distortions in the Newton curriculum, you see how students receive a highly unsympathetic view of the Jewish state,” says Stotsky. “For example, the curriculum will focus on heartbreaking stories of Palestinian refugees, but then say nothing about the heartbreaking stories of Jewish refugees from Arab countries. Sympathy is thus turned against Israel. … That’s just one example of how the bias works at the high school level.”

Levin says that it is important to understand that strategies for combating anti-Israel messaging in high schools are different than strategies used in universities.

“At the high school level, schools are most likely to respond to parents,” she says. “On our website schoolbias.org, we provide parents with a step-by-step procedure for taking effective action against anti-Israel bias in high school.”

“Our hope is that more parents will start taking these steps,” says Levin. “It’s vitally important that they help root out misinformation and omissions in their local schools.”

CAMERA’s conference on anti-Israel bias in public schools will be on Monday, Jan. 28, at 7  p.m. at the JCC of Greater Boston. The public and media are welcome. 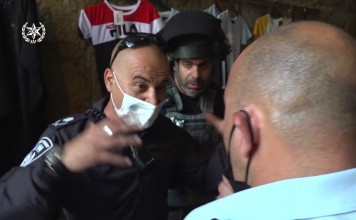 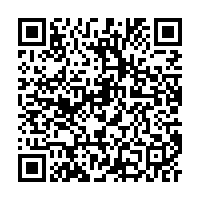