Critics of US President Donald Trump and his policy regarding the Iranian government are quick to condemn him for the sanctions he has imposed on the theocratic establishment. Their argument is anchored in the idea that the only informed and effective policy that will deal with Iran’s clerical establishment is rooted in enticing them in from the cold: in oher words, appeasement.

These critics had the opportunity to initiate and expand appeasement policies during the eight-year administration of former President Barack Obama. Throughout this time, President Obama made unprecedented concessions in an attempt to appease the ruling mullahs. He met them with generosity and flexibility every step of the way. What was the outcome?

As sanctions against Iran were lifted during the Obama administration, it quickly became clear that those actions instead gave Iran global legitimacy in the eyes of the international community. This newfound legitimacy and the lifting of sanctions generated billions of dollars in revenue for Iran’s military institution, the Revolutionary Guard Corps, as well as for Iran’s militia and terror groups.

Tehran used that influx of revenues to expand its influence throughout the region, including in Syria, Iraq, Yemen and Lebanon. The expansion campaign proved to be immensely successful.

Now the latest reports show that those who support the idea of appeasing Iran, and criticizing Trump’s strict policy toward Iran, are dead wrong.

The sanctions have, in fact, imposed significant pressure on the Iranian government to such an extent that the Iranian leaders are cutting their funding to their allies, militia and terror groups.

In an unprecedented move, on April 17 2019, the state-controlled Syrian newspaper Al-Watan made an astonishing revelation when it reported that Iran had halted its credit line to the Syrian government. This occurred one day after the Iranian foreign minister, Javad Zarif visited Syria on April 16, 2019.

The Syrian newspaper complained that Tehran has also been unable to ship oil to Syria in the past six months. According to Al-Watan, this has imposed significant pressure on the government of Bashar Al Assad as it faces a fuel shortage. The Syrian government only produces roughly 25% of the fuel that it needs, making it dependent on Iran to provide the rest.

In addition, the fact that Al-Watan made such a disclosure just one day after the Iranian Foreign Minister Javad Zarif visited the country, shows that Damascus has failed in its plea to convince Tehran to extend its credit line and oil exports to Syria.

Since US President Donald J. Trump withdrew from the Joint Comprehensive Plan of Action (JCPOA), commonly known as the Iran nuclear deal, Iran’s oil revenues and exports have been steadily falling. Before the US pulled out of the nuclear deal and began taking a tougher stance towards the ruling clerics of Iran, Iran was exporting more than 2.5 million bpd. Iran’s oil exports have since dropped to approximately 1.1 million barrels per day (bpd). That represents a decline of more than 50%.

According to the latest reports, US sanctions have also caused Iran to cut funds to its militias in Syria. Iran’s militants are not getting their salaries and benefits, making it extremely difficult for them to continue fighting and destabilizing the region. A militant with an Iranian-backed militia in Syria told the New York Times, “The golden days are gone and will never return,” he added “Iran doesn’t have enough money to give us.”

Feeling the pressure of sanctions on Iran, Hassan Nasrallah, the leader of Iran’s proxy, Hezbollah, has also called on his group’s fundraising arm “to provide the opportunity for jihad with money and also to help with this ongoing battle.”

Iranian President Hassan Rouhani recently admitted that the Islamic Republic is encountering the worst economic crisis since its establishment in 1979. Iran’s national currency, the rial, has dropped to historic lows — one US dollar, which equaled approximately 35,000 rials in November of 2017, now buys you nearly 130,000 rials.

Thanks to the Trump administration’s sanctions, the flow of funds to the Iranian government is being cut off, thereby, in turn, impacting the Iranian leaders’ efforts to fund and sponsor terrorist and militia groups across the region.

To the dismay of the proponents of the Iranian government and the advocates of pursuing policies of appeasement with the ruling mullahs– and to the dismay of Trump’s critics — the US sanctions imposed on Iran are working.

(Dr. Majid Rafizadeh, is a business strategist and advisor, Harvard-educated scholar, political scientist, board member of Harvard International Review, and president of the International American Council on the Middle East) 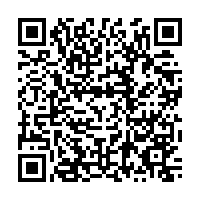