On Tuesday, the Israeli government outlawed the northern branch of the Islamic Movement in Israel, and declared membership or association with the organization is a criminal offense.

A statement from Prime Minister Netanyahu’s office noted that  this organization has long incited against Israel, leading to terrorist attacks, and “outlawing the organization is a vital step in maintaining public security and preventing harm to human life.” The statement declared the organization a “sister movement of the Hamas terrorist organization”, and that the Islamic Movement “…organization that does not recognize the institutions of the State of Israel, denies its right to exist and calls for the establishment of an Islamic caliphate in its place. The northern branch of the Islamic Movement belongs to radical Islam and is part of the global ‘Muslim Brotherhood’ movement. The two movements share an extremist ideology and a common goal – the destruction of the State of Israel.”


The only organization in Israel to oppose banning this terrorist movement was Sikkuy, “Described as a “shared organization of Jewish and Arab citizens, working to implement full equality on all levels between the Arab Palestinian and Jewish citizens of Israel.”

Issuing a statement on Facebook, Sikkuy said they “..condemn wholeheartedly the decision of the Government of Israel to ban the Northern Islamic movement. This is a legitimate political movement…This decision is another step in the persecution of the Arab population, deepening tension between the country’s Arab citizens, and lessening citizens ‘ confidence in legal political organizing.”

Their statement continued, “This government takes step to suppress legitimate political movement which may lead the conflict toward a religious war. This is a dangerous move for anybody that cares about future relations between Jewish and Arab citizens. We call for all the democratic forces in Israel to speak out against this decision, and the curbing of democracy could lead to more injuries, and Arab citizens and their organizations may not be the only victims and Israeli society will pay the price.”

The EU & US Aid are funding an organization which opposes the banning of Muslim Brotherhood.  Lovely. 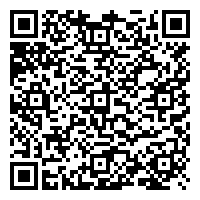