Four people were stabbed in a synagogue in the Panorama Building on Ben-Zvi Boulevard in southern Tel Aviv, at 2 PM.

The attack happened during the afternoon Mincha prayers in the building.


One of the wounded is dead, he was killed immediately in the attack, a second man died at the hospital, a third is moderately wounded.

The terrorists has been captured and he is in light to moderate condition.

Police now say there was only one terrorist. Initially they suspected there was a second terrorist, and they were searching the area for him.

Workers in the building were told by police to stay in their offices during the search.

The terrorist was from the town of Dura near Hebron, and had no previous security record, accord to TPS.

Yesterday was the one year anniversary of the Har Nof Synagogue Massacre. 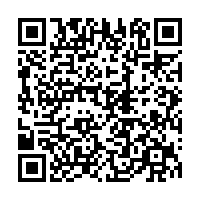