When Russian President Vladimir Putin launched the invasion of Ukraine in February, many foreign policy and military experts felt that his decision was illogical. They said Putin should have realized that even if it did achieve his goal of a quick conquest of Ukraine, the risk was too great that it would then embroil Russia in a costly war guerilla war similar to the one which eventually forced the Soviet Red Army to withdraw from Afghanistan in 1989 after a decade of fighting.

Some speculated that Putin had become too isolated from reality during the Covid pandemic, or had been misled by his advisors who were afraid to tell him anything they knew he didn’t want to hear.

French President Emmanuel Macron had made several personal efforts to broker a peace agreement between Putin and the Ukrainian President. But it was reported that following his phone conversations with the Russian president after the start of the pandemic in 2020, Macron told his aides that the man on the phone with him sounded like a different person from the one he had previously hosted in Paris and the French Riviera. That report then sparked speculation by Senator Marco Rubio and others about the state of Putin’s mental health and rationality.

I disagree; I believe that Vladimir Putin is evil, not crazy. His decision to go forward with the invasion of Ukraine was driven by his evil desire to rule over a restored Soviet-era Russian empire, regardless of the human cost.

Putin’s decision to continue the invasion of Ukraine after it initially bogged down, instead of cutting his losses, backing off and waiting for another opportunity, was also driven by his evil impulses, which will eventually drive him to his own destruction.

By continuing the assault on Ukraine, and redirecting his attacks from military to civilian targets, Putin committed the same crucial mistake that Adolf Hitler did during the Battle of Britain in the summer of 1940. When the German Luftwaffe was on the verge of destroying the RAF’s defenses, Hitler ordered the Luftwaffe to switch to bombing London, in a vain attempt to break the morale of the English people. That gave the RAF a chance to recover from its losses in time to prevent the expected invasion of Britain, and ultimately fight on to Allied victory over Germany.

Putin’s stubborn refusal to call off his invasion of Ukraine emulates a pattern first set by Pharaoh in the Torah story of the Exodus from ancient Egypt. As Hashem had previously told Moshe Rabbeinu, Pharaoh repeatedly broke his promises to let the Jewish people go, despite the initial plagues that Moshe had brought down on Egypt. Because, the Torah tells us (Shemos 8:11), the evil in Pharaoh’s soul enabled him to “harden his own heart.”

As the saga continued, Pharaoh’s spiritual advisors warned him (Shemos 8:15), that the next plague of lice was a manifestation of “the finger of Hashem.” Yet Pharaoh’s heart “was hardened” again, but this time apparently on its own, as indicated by the use of the passive tense.

When Egypt was then smitten with boils, Pharaoh’s advisors and the Egyptian people pleaded with him to give in to Moshe’s demands, but Pharaoh again refused to listen. However, this time, according to the text, (Shemos 9:12), it was because Hashem had intervened to harden Pharaoh’s heart, but this time against his will.

The next plague of hail was so devastating that Pharaoh confessed that he and his nation had sinned, and that G-d was right to punish them. Yet after Moshe intervened with Hashem at Pharaoh’s request to stop the hail, Pharaoh and the Egyptians hardened their hearts again (Shemos 9:34-35), a telltale indication that their earlier confession and repentance had been insincere.

Hashem then told Moshe (Shemos 10:1-2) that the dishonesty of Pharaoh and the Egyptians had sealed their fate. Their attempts at teshuvah would no longer be accepted, and their punishment would serve as a lesson to echo down through future generations.

But the Chumash narrative raises a potentially troubling moral question. One of the basic tenets of the Torah is a belief in human free will, which is the justification for Hashem holding human beings personally accountable for their sins. But if Hashem hardened the hearts of Pharaoh and the Egyptians against their will, how could He then punish them for what He had ultimately forced them do?

I suggest that the answer is when the evil in a person’s soul overcomes their good sense and drives their actions, they lose the essence of their humanity. As a result, they are no longer capable nor worthy of repentance and redemption. Because Pharaoh and his followers willingly became the instruments and embodiments of evil, they doomed themselves to be destroyed. Like the arch-enemy of the Jewish people, the nation of Amalek (see Devorim 25:19), not only did the destruction of Pharaoh and the Egyptians become an imperative, so did the need for us to remember their fate.

There is a similar lesson to be learned from a much more recent chapter of Jewish history. In May 1960, Israeli agents tracked down and arrested in Argentina the notorious Adolph Eichmann, who personally supervised the Nazi death camps that murdered six million Jews. After he was transported to Israel to stand trial for his crimes, the question arose over the appropriate punishment for Eichmann. In 1954, Israel had abolished the use of capital punishment against those convicted of murder, and reserved its use only for those found guilty of the ultimate evil, committing crimes against humanity. After a lengthy public trial and exhaustive appeals to Israel’s Supreme Court, on June 1, 1962, Adolph Eichmann became the only civilian ever to be executed under Israeli law.

Because he allowed his evil instincts to overtake his humanity, Vladimir Putin followed Pharaoh’s example by launching a war of aggression he could not win. Ukraine has withstood Putin’s initial onslaught, but Western civilization now has a greater duty to perform. It must make sure that Putin is not rewarded for his evil. Ukraine must be saved intact, and the Russian invasion soundly defeated. Then Putin must be publicly condemned, tried, convicted and punished for his crimes against humanity to set an example for future generations. 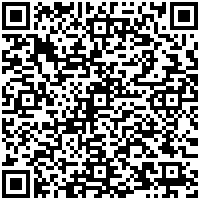