Once a Jew and a German gentile were traveling as hoboes together. The Jew told the German to make believe that he was a Jew (since his language was similar [to Yiddish]), and the Jews would have pity on him. Since Pesach was approaching, the Jew taught him how to act when he is invited to a Seder. He told him that at every Seder, Kiddush is made and the hands are washed. However, he forgot to tell him about the bitter herb.


The German was invited to a house on the first night of Pesach and, being very hungry from all day, looked forward to the fine foods that had been described by the Jew. However, first they gave him a piece of celery dipped in salt water, and other things served at the Seder. They then began to recite the Haggadah as he sat there longing for the meal. When the matzah was served, he was very happy.

Then they gave him a piece of horseradish for the bitter herb. It was bitter to taste, and he thought that this was the entire meal. He ran from the house, bitter and hungry, saying to himself, “Cursed Jews! After all that ceremony, that’s all they serve to eat!” He went to the synagogue where he had made up to meet his partner, and fell asleep.

After a while the Jew arrived, happy and full from a good meal. “How was your Seder?” he asked.

The other told him what had happened.

“Stupid German!” replied the Jew. “If you had waited just a little longer, you would have had a fine meal, as I had.”

The same is true when one wants to come close to G-d. After all the effort to begin, one is given a little bitterness. This bitterness is needed to purify the body. But a person may think that this bitterness is all there is to serving G-d, so he runs away from it. But if he waited a short while and allowed his body to be purified, then he would feel every joy and delight in the world in his closeness to G-d (Rabbi Nachman’s Stories, Parable #23). 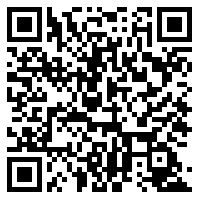