There are a number of lessons we can learn from Megillas Esther that can help with compulsive eating, and in general with behaviors we would like to modify.

Feel full and complete, not lacking. Haman had only one person (Mordechai) who did not bow down to him, and it was worth nothing to him that everyone else did bow down. He could not perceive himself as “full,” only as “lacking.” He inherited this bad trait from Adam’s eating of the Tree of Knowledge. Adam (Eve is included with Adam here) could eat from any tree in the garden but one. The serpent was able to convince Eve that she was lacking something, and she ate.


The Gemara asks where Haman appears in the Torah, and the answer if in the story of eating from the tree. Hashem says: “Hamin [same Hebrew letters as Haman] ha’etz –“did you eat from the tree?” Haman’s essence is included in Hashem’s question to Adam: You had just one tree to avoid, and this was intolerable to you.

Write it down. The Megillah is full of people writing things down: The good deed Mordechai did in foiling the plans of Bigsan and Seresh to kill Achashveirosh, Haman’s evil decree to kill the Jews, Mordechai and Esther’s decree permitting Jews to defend themselves, the transcribing of the story of Purim for all generations.

Something written can be forgotten, as Mordechai’s good deed was, but it can be restored by consulting the text. There is a permanence to writing and a commitment indicated by writing. What was written and sealed by the king could not be retracted.

There is a similar advantage in writing things down when one is trying to control eating. Virtually every nutritionist and diet specialist will tell you that writing down what you eat is the most effective tool for successful dieting. You can keep count of what you have eaten, without forgetting things. You can look back over the past and see what worked for you.

Seize the moment (or not). There are rapid actions and rapid transitions in the Megillah. Achashveirosh decides in a moment of drunken anger (inspired by his adviser’s recommendation) to kill Vashti, and then regrets it afterward. Proclamations are rapidly written, and riders seem to be always rushing to send the latest decree. Haman can’t wait until morning to suggest to the king that Mordechai be hanged on a tree, and Achashveirosh decides quickly to kill Haman.

There can be disadvantages to acting abruptly. It is easy to act in haste and then regret what one has done. This is prominent in our eating struggles. I find myself resisting, resisting, and resisting a food, and then breaking down in an instant to eat it, in part because I know if I deliberate on it I will probably not let myself eat it.

But there are also great advantages to seizing a moment of inspiration and taking it with you. It can be life changing to hold onto a moment and transform your life through it. I injured my back in 2012. Baruch Hashem, with excellent physical therapy I was able to resume all my activities. But I said to myself that the one modifiable thing I could do for myself was to lose weight, and this inspired me to success in that endeavor.

You can resist. Among the many parallels of the story of Purim to the story of Yosef’s ascending to power in a foreign palace in Egypt is a phrase used in both narratives.

When Potifar’s wife attempts to seduce Yosef, it is a constant, relentless attempt, described as “And it was when she spoke to him day after day, and he didn’t listen to her [to be seduced].”

In Shushan, the attempts to get Mordechai to bow down before Haman were equally relentless: “And it was when they spoke to him day after day, and he didn’t listen to them.” You can resist temptation and coercion over an extended period of time, whether it is torturing oneself about eating a food that is off limits or resisting prodding by friends or family members that may go in directions you don’t want. You don’t have to get worn down.

Turn it upside down (v’nahafoch hu). What about turning around the way you approach your day’s eating? I tried this a few years ago – successfully – and even wrote about it, but somehow this trick escaped and I have not used it since. I am going to try it as soon as Purim’s over.

Suppose your problem, like mine, is difficulty controlling eating at night. Instead of defining your day by counting your points, calories, etc, from the morning, start your day with supper in the evening. Then, when you finish supper you are not stranded with no food left to eat on your meal plan. Rather, you can eat what you want and count it in the day’s tally. That means if you eat more at night you will have less left to eat during the following day, but on the other hand you won’t be stranded at night with a desperate feeling that you should not be eating anything else. This also helps with eating before supper. If I know my “day” starts again with supper and I can eat relatively generously at that time, I won’t be so driven by my appetite on the way home from work or while making supper.

Finally, I am here for a purpose. Esther is galvanized by Mordechai telling her she was put in her position to act for the Jewish people; if she fails, she and her family will be lost but Israel’s salvation will come from elsewhere.

We are not in such dramatic positions but, nonetheless, each of us was put where we are to fulfill a specific purpose in this world. If I am devoting a lot of time to thinking about eating and food, it is distracting me from the more purposeful things I could be doing.

The directive “Shivisi Hashem l’negdi tamid” (I have set Hashem next to me always”) is incompatible with existing in a state of bingeing and unreality. We have a holier purpose in this world, and we should not let our physical urges detract from this. Purim tells us that the physical can also be a way to relate and come close to Hashem; that’s why our holiest day is called Yom Kippurim, a day like Purim, both with the potential to elevate us. 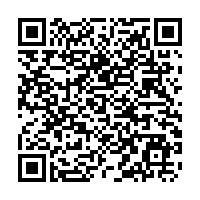