NY City health officials on Wednesday announced that six cases of infant herpes tied to the practice of metzitzah b’peh (oral suction) in the Jewish circumcision ritual have been reported in the city since Mayor Bill de Blasio’s compromise with ultra-Orthodox circles, the NY Daily News reported.

Back in June 2015, Mayor De Blasio attempted to rewrite the health rules on the ritual, which involves suction of the cut area in order to regenerate the blood flow. Arguing that respect and sensitivity protect public health better than a restrictive policy, the mayor urged a Board of Health vote to waive the requirement that parents sign a consent form showing that they are aware of the risks involved. The Board of Health replaced the consent with a plan for hospitals to distribute a warning brochure to Orthodox families.

On Wednesday, the Health Department issued an alert to all medical personnel, regarding an infant that had been rushed to hospital 15 days after undergoing metzitzah b’peh, having developed a rash on his genitals, buttocks, inner thigh and ankle.

According to the Daily News, Mayor de Blasio told reporters: “We literally heard about this case at some point in the afternoon yesterday at an unrelated event. We’re right now in that process of identifying the [responsible] mohel, and we expect full cooperation from the community.”

As part of the “softer” deal between health officials and the ultra-Orthodox community, Jewish leaders must help identify any mohel who was responsible for causing an infection. All cases of neonatal herpes must be reported to the Health Department, which would issue an alert to medical practitioners. But, according to the Daily News, the notifications stopped under the de Blasio administration. 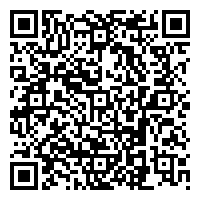