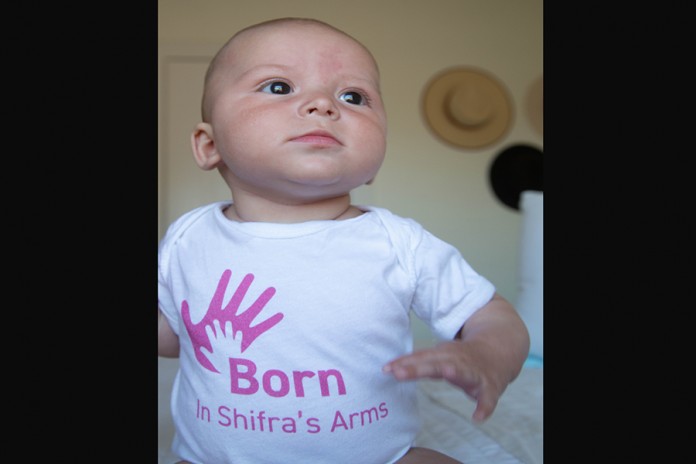 It’s been two years since her abortion, but Lilah* is still grieving. After seeing an article about In Shifra’s Arms (ISA), her husband Benny emails me, desperate for help.

In Shifra’s Arms is the American-Jewish lifeline that nurtures women through unplanned pregnancy crises and helps them and their children to flourish. In cases of miscarriage or abortion, we always provide sensitive follow-up, and that’s what Lilah needed.

Lilah aborted early in her first trimester. Identifying as modern Orthodox, Benny emails that they have several children in day school and felt they could not bring another child into their family. It seems to me that they felt too ashamed to tell their family about the pregnancy or the abortion and so they are very isolated. He doesn’t mention if they consulted a Rav.

Now the abortion’s emotional fallout is wreaking havoc on their lives. Benny writes, “She feels tremendous depression over what we have done. She blames me for my encouragement, but I had no idea she would be in this kind of pain.” At the time, Benny felt like it was just an embryo and thought Lilah would be okay. Now, Lilah is grieving because she feels she’s lost something precious and resents feeling pressured into “murdering my baby.” Her unmitigated grief creates a deep divide between them.

“We have a good marriage overall…but this has taken a huge toll.” In addition to clear signs of post-traumatic stress and depression, Benny shares that Lilah has privately stopped keeping Shabbat.

Immediately I offer free sessions with our professional counselor and referrals to post-abortion healing programs. I don’t want Lilah or any woman to be paralyzed by shame or regret or pain that robs her from living. Unfortunately, she never calls. I pray that she eventually finds the peace and healing that she needed – I will never know for sure.

This story is tragic. Even if Lilah’s grief is not universal, it is not unique.

The depth of her pain haunts my heart. What if In Shifra’s Arms could have offered her help before her irreversible decision? Vulnerable pregnant women and struggling couples don’t need lectures – they need compassion in action.

If Lilah and Benny had had access to the emotional and tangible resources they needed, perhaps they would have felt they had another choice. Lilah’s world could have been different. And our world too.

When Daniella became pregnant, she had a nine-month-old baby. Her emotionally abusive marriage was crumbling. Her living situation was unstable and she didn’t have a job. Adoption was off the table because her soon-to-be ex-husband could refuse to sign the papers. Everything was falling apart. She had no idea how she would manage. The prospect of a new baby, tying her further to a bad marriage, was terrifying. She felt anxious, lost, trapped. When she asked her rabbi for an abortion heter, she got one.

Yet despite her fear and the heter, Daniella felt conflicted about aborting. She reached out to ISA. On the other end of our Helpline stood our professional counselors and small team, ready to do whatever we could to be of service.

“What would you need to continue your pregnancy, before and after birth?” we’ve asked hundreds of Jewish women in crisis. Most women like Daniella need emotional support that’s nurturing and strengthening as well as financial support for things like diapers and more.

“My [ISA] counselor was priceless,” Daniella says. “She gave me the strength to realize I had the strength to be able to do this. And so that’s why I ruled out the abortion.” The same ISA counselor who takes a woman’s first call will support her through the baby’s first birthday with free one-on-one support.

In addition to the counseling, we offer customized financial aid and material aid based on what the client says their greatest needs are. Our team also creates resources by engaging volunteers. For example, for Daniella, we found a grandmotherly volunteer who could watch the baby so she could have time with her toddler, who had been struggling through the move, the divorce, and more.

“There were a lot of crises at that time in my life. I don’t know how I got through it, but I got through it with my counselor. The whole team was always gathering resources for me to help me realize I could get through.” ISA also offers our clients a lifetime of parenting support. To this day, Daniella and other ISA moms today enjoy a virtual, professionally facilitated parenting support group.

There are at least 10,000** Jewish abortions in the United States each year. There are even more women who may not abort but are still very vulnerable and struggling. While many have the stereotype that “unplanned pregnancy crises” mainly involve secular or “off-the-derech” teenagers, fully half of ISA’s clients are married and Orthodox. We are far more likely to hear from a 38-year-old whose IUD fell out than a teenager in trouble.

Regardless of your position on the halacha*** and American abortion law, it’s indisputable that American Jewry has never offered enough resources to vulnerable pregnant women and couples in crisis.

Efrat-CRIB has spent millions helping Jewish mothers in Israel over the last 50 years. More than 80,000 Jews alive in Israel because Efrat-CRIB gave their mothers what they needed. There is no American parallel. Efrat has a wall full of 80,000 baby pictures from the mothers supported through crisis. America does not yet. The loss and the pain for many women like Lilah are unfathomable.

American Jewry, especially the Orthodox community, cannot stand idly by anymore. Offering real help to vulnerable pregnant women can changes lives – and save them. No one needs to feel alone and stuck in their crisis when they have our community to lean on. As one married mom, Elana, put it, “I feel like they [ISA] saved my life. They saved my baby’s life. If not for them, I definitely don’t think I would have made it to the other side… And I love my baby.”

** *This statistic comes from comparing the Guttmacher Institute’s 2017 abortion rate to the female population of childbearing age who identify their religion as Jewish in Brandeis University’s 2020 American Jewish Population Report. We can assume that many abortions result from unplanned pregnancies and some unplanned pregnancies do not result in abortion.

*** In Shifra’s Arms does not take any position on abortion in American law or halacha. Our Board and staff have a variety of views. If women need halachic guidance, we encourage them to speak to a rabbi of their choosing. ISA’s posek is Rabbi Yitzhak Breitowitz. 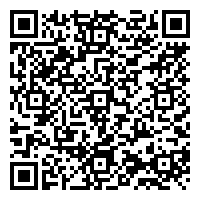