The Arab town of Salfit in Samaria has enacted anti-Jewish laws similar to those in Nazi Germany, Palestinian Media Watch (PMW) reported.

The report said that Salfit District Governor Abdallah Kamil has “issued a series of important decisions” of which one “forbids” businesses to “receive any settler.” The violator of this rule risks the closure of his business by the Palestinian Authority’s security forces and legal action against him.


“All signs written in the Hebrew language placed in the various places of business and workshops must be removed within a week. The required legal procedures will be taken against those who do not fulfill this,” one of the edicts published in the PA’s daily Al-Hayat Al-Jadida on Sunday stated.

Kamil added that the “Palestinian people “will not agree to any manner of coexistence or normalization with the settlers.”

“These decisions in the Salfit district have been made to hinder any kind of peace building between Palestinians and Israelis/Jews as their goal is ‘to fight the settlement enterprise and the relations with the settlers in the district,’” PMW said. 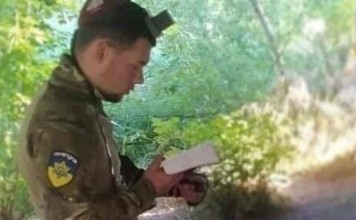