This past week, a skit on Saturday Night Live (SNL) caused a storm in the Jewish world. Michael Che Campbell – a stand-up comedian, actor, and writer on the show – said the following (as part of his skit): “Half the folks in Israel have already gotten the Covid vaccine. I’m going to guess it’s the Jewish half.”

Many Jewish groups immediately screamed, “Anti-Semitism!” and have demanded an apology from the producers of Saturday Night Live and the executives at NBC. In my humble opinion, no apology is necessary. On the contrary! Israel needs to send a “Thank You” card to SNL for publicizing that fact.

Yes, Israel takes care of Jews first – and we’re very proud of that!

Let’s go back a little in history. The year was 1996, and Benjamin Netanyahu was running against Shimon Peres for prime minister in Israel’s first – and only – direct election for the country’s highest office. The polls clearly favored Peres, and it wound up being the closest election in Israel’s history. Just 29,457 separated the winning candidate from the losing one – a margin of less than one percent of the total number of votes cast!

Bibi Netanyahu – and political analysts, pollsters, and campaign experts attributed his victory to a countrywide ad campaign sponsored by Chabad that consisted of just three Hebrew words: “Netanyahu Tov La’Yehudim” (“Netanyahu is good for the Jews”).

This simple, but highly effective slogan, was what lifted Bibi to victory and marked the first time he became prime minister of Israel. (He has been re-elected about 37 times since, but that’s for a different article). In other words, Bibi was able to turn the tides of that difficult election the moment he convinced Israelis that he was good for the Jews.

Although it was never said, the campaign insinuated that if Bibi was good for the Jews, Peres was good for the Arabs. This slogan may not have been politically correct, but it worked because, while – ultimately – we want to be good to all mankind, we need to take care of ourselves first.

The source for this concept is in the Talmud, Bava Metzia 71a. Here is the ArtScroll translation and commentary:

These are rock-solid Torah concepts but, really, every human being understands that you help your family first and then – and only then – do you help everyone else. Why should Israel be afraid to state this loud and clear? Yes, we vaccinated the Jews in the county first. Guilty as charged! Eventually, we will vaccinate the entire population, but our first priority is to Am Yisrael – the Nation of Israel – and we are very proud of that.

Therefore, please do not follow those groups who are demanding an apology from SNL and NBC. Instead, send a letter, an e-mail, and a bouquet of flowers to Michael Che Campbell with the word “Shkoyach!” – thanking him for saying the truth – even though he thought it was a joke (and will have no idea what that word means).

To us, helping, caring, and protecting the lives of Jews in Eretz Yisrael comes before all else. We followed this principle with regard to the Covid vaccine – and we’ll follow it again! 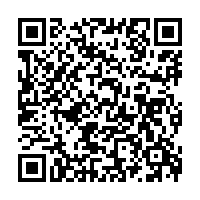