For months now, the Palestinian Authority has threatened to file for membership at the International Criminal Court at The Hague, which would enable it to press war crimes charges against Israeli soldiers and senior officials. This was one of PA President Mahmoud Abbas’ primary objectives when he submitted the PA’s candidacy at the U.N. for nonmember observer state status, because one year earlier, devoid of this status, the ICC denied the PA’s membership request.

Abbas uses this threat like the Sword of Damocles over Israel’s head. If the peace process fails to move forward, and if the Israeli government builds in E1 (the area connecting Jerusalem with its Ma’ale Adumim neighborhood), he will use this weapon.


The ICC is eager to pursue cases that don’t involve the slaughter and all-out warfare against tribes in Africa. The debate over the Israeli-Palestinian conflict, especially when Israel is on the defendant’s stand, tops the wish list for the war crimes tribunal, which portends to be the ultimate authority on human rights. Out of the hundreds of claims submitted to the ICC, it will choose to tackle those it has desired the most: the prosecution of Israeli soldiers.

Such prosecutions could have fateful consequences. The ICC has the authority to issue arrest warrants against those it convicts, and it is the duty of member countries to make these arrests. IDF soldiers, therefore, will be prevented from setting foot in more than 100 member countries, including Brazil, Canada, Cyprus, Denmark, Finland, France, Germany, Greece, Italy, Japan, Jordan, Mexico, New Zealand, Norway, Panama, Portugal, South Africa, Spain, Sweden, Switzerland, and the U.K.

This would be a decisive blow not only to Israeli backpackers recently discharged from the army, but to all fighting units, which new recruits will seek to avoid due to the risk involved. What’s the point, they’ll say, in sacrificing not only three years to the IDF, but also the freedom to move around in the world afterward.

Of his two options – starting a third intifada or turning to the ICC – Abbas will choose the most preferable, the one that doesn’t come at the cost of blood, that grants him credit with European leaders for choosing the nonviolent path, and that affords him the greatest odds of winning. He’ll turn to The Hague.

The Hague’s authority, however is a two-way street. From the moment the PA becomes a member, it opens itself to similar war crimes claims. Its leaders are liable to find themselves responsible for crimes against humanity and genocide.

Sending terrorists to commit suicide bombings; launching tens of thousands of missiles and rockets against civilian communities; inciting and directing its own population and security forces to kill innocent civilians, as these efforts have become increasingly systematic to the point of being a long-standing official policy against another civilian population – these are all crimes against humanity and genocide. There is already such a precedent, after a New York federal court in 2007 ruled that intifada-related crimes were crimes against humanity, and that Israeli victims of terror had the right to pursue legal action against those who aid and abet terrorism.

The only way to protect IDF soldiers from international prosecution is to deter the PA from turning to The Hague, and this is by threatening to submit thousands of counter-suits against it on behalf of terror victims.

Subsequently, the Israeli-based civil rights organization Shurat HaDin (Israel Law Center) has in recent days commenced with a pre-emptive attack. We are collecting testimonies from any Israeli who was a victim of terrorism and are asking that these testimonies be posted to our Facebook page as evidence that can be used in counter-suits against leaders of the Palestinian Authority for their roles in the perpetration of war crimes.

If Mahmoud Abbas and Hamas leader Ismail Haniyeh want to go to The Hague – we will be there to meet them. 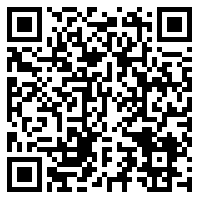