“It felt like Messiah had come,” says Avigail Shlesinger, 81, about the day Jerusalem was liberated from Jordanian Legion rule, 46 years ago.

Shlesinger, who is a sixth-generation Jerusalemite, recalls what life was like in the Holy City during the time the Jordanians were in control of East Jerusalem, from 1949 to 1967. “It was a dangerous era,” she tells Tazpit News Agency. “There were areas in the city, like King George Street, where barriers had to be built to stop the bullets that Jordanian soldiers would shoot at us.”

“We felt like we were living under siege. It was dangerous to ride on busses and cars because stray bullets could hit anytime,” Shlesinger continues.

“When Jerusalem became reunited, I remember feeling that a very small city had suddenly become large.”

During the Jordanian rule, Jews were denied access to the Old City and Jewish holy sites such as the Temple Mount and the Western Wall, while Christians were granted only limited access to their sites. The Jordanians expelled all the Jewish residents of the Jewish Quarter of the Old City and destroyed 58 synagogues and yeshivas. On the Mount of Olives, 38,000 Jewish tombstones were destroyed, and used to pave roads, build fences, and lay down latrine floors for the Jordanian army.

Shlessinger recalls that her grandfather’s yeshiva Torat Chaim, established by Rabbi Yitzchak Winograd in 1886, was the only yeshiva in the Old City that wasn’t burned down by the Jordanians. An Arab guard protected the yeshiva and safeguarded 3,000 holy books and the Torah Ark until the yeshiva students returned when the city was reunified.

For three millennia, since the time of King David, Jerusalem remained the center of Jewish faith. And after the Six Day War, for the first time in two thousand years, Jerusalem had come under Jewish sovereignty once more. The Israeli government mandated at that time that everyone, regardless of religious affiliation, has the right to visit all holy places within Israel.

Jerusalem Day, or Yom Yerushalayim in Hebrew, marks the anniversary of the reunification of Jerusalem and is being celebrated on the 28th of Iyar, which this year falls on May 8.

“We went from darkness to light,” concludes Shlesinger. “Today I appreciate Jerusalem so much – just to be able to walk safely on the streets and to pray at the Kotel anytime I want. My grandchildren carry Israeli flags and march in the Jerusalem Day parades. On Jerusalem Day, we celebrate the fact that this city has been home to eight generations of our family.” 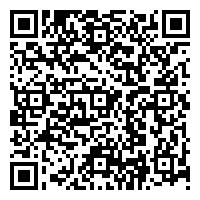