It’s typical of the world to cast the benefit of support in times of need in the negative. Just as the adage “Treat others the way you want to be treated” provides a certain self-centered cast on Hillel’s brilliant observation “That which is hateful to you, do not do to your neighbor,” so “misery loves company” is similar to, but fails to capture the compassion of, the Jewish observation “Companionship in suffering is half of comfort.”

My grandfather, Rav Bezalel Zev Shafran, z”l, was a brilliant Torah scholar. The vast majority of his writing and teaching was concerned with the intricacies of halacha. Yet this saying, among a handful of others, intrigued his intellect and enlivened his soul. He knew that all knowledge and wisdom emanates from Torah and yet the source of this seemingly obvious and universal sentiment was elusive, making it ever more intriguing to him.


No mortal is free from suffering. No day goes by – no hour! – when we are free of some practical, physical, psychological, or spiritual pain. Some distress is, of course, worse than other distress. Yet it takes no particular insight or wisdom to note that we all experience tzaros.

To live is to know pain and distress.

It is in this context that my grandfather considers this saying, noting that is as “familiar to everyone as a saying of Chazal,” yet its source was elusive. Tzaras rabim chazi nechama – companionship in suffering is half of comfort.

When we were growing up, my father urged us, similar to the way Ben Bag Bag did the Jewish people, to “look into grandfather’s sefer.” He wanted all of us to become attached to it, to constantly discover the wisdom and beauty in it and in our grandfather’s learning. I did as my father requested. Much, of course, was beyond me – I was only in the 7th or 8th grade at the time – but his passage about tzaras rabim chazi nechama interested me, to a great extent because of my grandfather’s observation about its seemingly unknown source.

Like my grandfather, I wondered how such a thing could not be known. I confronted my rebbi. “Can you please tell me,” I asked him, “what the source is of the statement tzaras rabim chatzi nechama?” He gave my request a great deal of thought but in the end reached the same conclusion as my grandfather. “I do not know the source, but if the suffering of the many is comforting to the individual sufferer, that’s good enough. It requires no source.”

Not only is it difficult to source, but to the sensitive and thoughtful person, my grandfather noted, it could sound alarming. He wondered, “If a devastating plague ravages the entire world, if others suffer as I do, does that make me any better off?”

Even as I grew to adulthood, colleagues dismissed the quote as little more than a folk saying and, perhaps, a rather cynical one at that.

“It’s not that others suffer,” one of them told me. “It’s that they share the burden. Lonely suffering is a heavier psychological burden. When others face similar circumstances, a person can’t ask ‘why me?’ ”

Another said that “part of the overwhelming aspect of suffering is that it isolates a person and generally creates a feeling of loneliness. When a person suffers with others who fully understand his plight, that element of loneliness becomes greatly diminished and serves as a source of comfort.”

Still another observed, “I always understood this to be one of the reasons we recite Vidui in the plural – ashamnu, bagadnu, gazalnu, we have erred, we have sinned. We are reassured in knowing that everyone has made mistakes, often the same mistakes we have made.”

In these observations there is the underlying thought that we somehow share distress because “everyone” feels, errs, acts, the same way. However, that reasoning is also fundamental to what allows the saying to be dismissed as cynical.

I never believed my grandfather would have devoted his prodigious intellect to a mere “folk saying” let alone something trivial or cynical. So I have often returned to this saying and his brief comment.

Our texts speak to how angst and worry affect us. In Mishlei (12:25) the wisest of all men said, “Worry in the heart of man makes him stoop before others.” Rashi explains that his worry “…makes him bow before others, perhaps they will give him advice.” Aruch explains, “So that they pray for mercy on his behalf.”

The explanation of Aruch gets to the heart of the issue and provides guidance in understanding the saying, my grandfather explains. The sages, in Shabbat (67a) state that “one must announce his torments publicly, so the public will pray for mercy on his behalf.”

Aha! “For if many share the distress of the individual and feel his pain, they certainly pray for him and pray for mercy on his behalf. God forbid they should fail to do so!”

Certainly in the case of a Torah scholar they must beseech on his behalf (as in Berachot 12a). Prayer is more potent than good deeds (ibid. 32). This prayer will be credited to him as “half of comfort,” as the sages teach, “Prayer accomplished half” (Vayikra Rabbah 1:5; Rashi on Ekev 9:10).

There is an allusion to this saying in Midrash Rabbah (Devarim 2:14): “What is the meaning of ‘when you [you singular] are in distress’? R. Yochanan said in the name of R. Akiva: The distress of the individual is distress. If it is not individual, it is not distress.”

Distress then, is not shared. In fact, it may very well be that there is a fundamental singularity to our distress that demands we find connection for relief. With this direct and insightful observation, the “cynicism” of the saying is addressed and wiped clean.

I’ve often explained to mourners that the most traumatic moment in human experience is standing at graveside as the grave of a loved one is filled. That moment is dark. But as soon as the grave is filled, at the moment I feel most isolated and alone, at that very moment, a shura –two lines of living, caring human beings – forms and proclaims HaMakom yenachem, that I will be comforted among all mourners.

Distress is singular. But man is not alone. You are not alone. Your pain is our pain, your loss is our loss, your tzara is our tzara.

Too often, people build walls when they need to open doors. They believe they must keep illness, hurt, fear, and anxiety close and not “announce torments publicly.” However, we know the opposite is most important. We must declare our distress. Why? So that the public may pray for us.

The individual who is suffering distress shares it with the rabim who will then be motivated to pray for him. He is no longer isolated and alone. His tzara is no longer his alone. It is now a tzaras rabim. What a comfort to know you are not alone.

The Talmud (Berachos 32) teaches that prayer is more potent than good deeds. Prayer bridges the isolation of the individual.

We know that isolation is a curse, a distress of its own. My grandfather sees all of that and more. When one who is in distress knows that others will pray for him, that others will seek God’s mercy on his behalf, he is comforted. Half of his healing is already accomplished.

Jewish law does not want one who is suffering to be cut off from the community. That is surely the reason why certain prayers demand a community, a minyan. Certainly that is true of the Kaddish. Without such a law, someone who loses a loved one might withdraw into his or her deep grief and distress. But Jewish law compels mourners to join a community three times a day to recite this prayer.

We are in this together!

In continually studying my grandfather’s Torah, I engage in an ongoing conversation with him, for learning and prayer are a dialogue. Recently, I was hoping I could “tell” my grandfather that I found yet another great source that demonstrates that Tzaras rabim chazi nechama is not just another “folksy quotable quote.”

In the Sefer HaChinuch (Mitzvah 331), the Chinuch analyzes the special mitzvah to sound the shofar on the 10th of Tishrei – Yom Kippur of the Yovel (Jubilee) year. The sounding of this shofar is not to stimulate teshuvah but rather to proclaim the freedom of all servants.

How does the blowing of the shofar connect to such liberation? Chinuch teaches that the sound of the shofar “arouses the hearts of human beings whether to peace or to war.”

To free a servant is a difficult transition for both parties. A lifetime of experience and relationship is ending. The shofar is sounded “so that they will realize that this is something standard throughout the land, and that all do so.”

Everyone is doing it – all servants are being freed.

How does that help me?

“For there is nothing that will so encourage the heart of human beings as something done by all.”

The Chacham teaches, says the Chinuch, that tza’ar rabim nechama – the suffering of many is a consolation. The knowledge that we do not suffer alone is a comfort. A consolation. Not “half a consolation.” That we are not alone, not in creation and not in our community, is fundamental to our consolation.

My grandfather, I believe, would add that this nechama is completed “in halves.” That is, half is accomplished with prayer and the other half, the fullness of our consolation, in the recognition that “we are all in this together.” 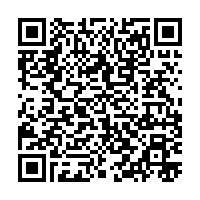