PM Netanyahu and the security cabinet made a surprising decision early Friday morning, after a four-hour-long meeting.


The cabinet released a statement,

“The Cabinet authorized the Israel Police to make every decision, in order to ensure free access to the holy sites while maintaining security and public order.”

The magnetometers were installed after three Israeli-Arab terrorists murdered two Israeli policemen on the Temple Mount a week ago. A video released by the police shows that it is clear that the guns smuggled onto the Temple Mount last week would have been found if metal detectors had been installed.

The decision to keep the magnetometers at the Temple Mount entrance came despite the tremendous pressure placed on Netanyahu from both international sources as well as the explicit and implied threats of violence coming from various Islamic leaders in Israel and the Palestinian Authority.

The police made their final decision this morning that the metal detectors are staying put.

Islamic leaders have said they are shutting downs mosques around the country, and calling for worshipers to converge on Jerusalem on Friday. The Waqf gave a religious ruling that Allah won’t accept the prayers of Muslims who go through the metal detectors.

Islamic leaders are saying that the metal detectors are a breach of the “status quo,” but as officials at the Simon Wiesenthal Center pointed out, “The change in the status in Jerusalem’s Temple Mount was not broken by the installation of metal detectors but rather by deadly machine gun fire from religious Jihadist fanatics.”

There are no restrictions on Muslims entering the Temple Mount compound, as long as they pass through a metal detector, as every other visitor is required to do.

This Friday, due to the expectations of violence, entry will be limited to men over the age of 50, and to all women, regardless of age.

Last night there were clashes between police and Muslims outside the Temple Mount.

Five policemen were lightly injured, as were dozens of Muslim rioters.

Some 3000 police are in place around the Temple Mount and the Old City, and the IDF has beefed up its presence in Judea and Samaria with five battalions.

At this point it will be up to the Muslim communities in Israel and Judea and Samaria to decide if they want to pray with quiet respect either on or off the Temple Mount, or alternatively, if they will follow the inflammatory incitement and rhetoric of their leadership and resort to an escalation of violence and terror. 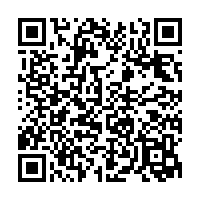