Western Lives Matter. We should ask all the journalists, the politicians, the clerics, the people of the street, to kneel for Samuel Paty. This French school teacher was the victim of the most ferocious racism that circulates today in Western democracies, that of fundamentalist beliefs against “infidels”. The Chechen terrorist, after beheading Paty, called him a “dog”. “In the name of Allah, the most gracious, the most merciful…,” the terrorist wrote after the attack, “Macron, the leader of the infidels, I executed one of your dogs who dared to belittle Muhammad…”.


Paty was murdered for having carried out his work as a teacher with conscience and courage, educating his students to respect the founding values ​​of our societies and the three words mounted over the doors of his school: Liberté, égalité, fraternité, freedom, equality, brotherhood. Paty had shown Charlie Hebdo‘s Mohammed cartoons to his students to sensitize them to freedom of expression. He had also asked his pupils to create a drawing based on those three words.

“A borderline in the abominable has just been crossed” essayist Pascal Bruckner said.

“They are attacking the most sacred stronghold of the Republic: the school and the physical person of the teachers. A teacher is beheaded for showing the Charlie Hebdo cartoons in a freedom of speech seminar. The victim has reportedly received death threats. The butcher of Conflans-Saint-Honorine is ISIS at home: a solemn message in the form of a macabre ceremony, a warning for all the teaching staff who will have to shut up or perish. This is not an act of ‘separatism’, it is a declaration of war that must be dealt with accordingly”.

“It is time to close all the Islamist prayer rooms, we know very well where they are,” said General Pierre de Villiers. “It is an attack on the very existence of our nation and civilization.” They have known this for years and have done nothing. Courage is lacking, collaborationists abound. “Only force reduces violence… It is time to send radical imams back to their countries of origin without delay.”

The attack came a few days after tension arose around the staff of the French satirical magazine, Charlie Hebdo. Its director of human resources, Marika Bret, was evicted after serious death threats from extremist Muslims. Bret made her “exfiltration” public for French intelligence to alert the public to the threat of extremism in France:

“My security agents received specific and detailed threats. I had ten minutes to pack and leave the house. Ten minutes to give up a part of one’s life is a bit short and it was very violent. I will not go home. I am losing my home to outbursts of hatred, the hatred that always begins with the threat of instilling fear. We know how it can end”.

According to the Algerian writer Boualem Sansal, France still does not understand the reality she is facing:

“She believes herself struck by terrorists… while she is subjected to a guerrilla war that one day [reaches] the dimensions of a total war… as many countries…to varying degrees, are still enduring (Algeria, Mali, Afghanistan, Iraq, Syria, Libya, Somalia)”.

It seems as if France does not know how to get out of a monstrous spiral of hatred and self-destruction — hatred on the part of Islamic fundamentalism; self-destruction on the part of France’s elites who fail to understand the ideological war that the enemies of open societies have declared on them. You can see it from the targets of the attacks by extremists: Jews, a priest, cartoonists, tourists, ordinary people, policemen, now a teacher.

“We are at war”, said the former French PM Manuel Valls this week. “We are at war against Islamism, jihadism. We are at war with the Salafists and the Muslim Brotherhood”.

Le Figaro listed some of the most barbaric terror attacks on France:

“He died, beheaded, in the middle of the street, in broad daylight, in France. History teacher, he joined the memorial to the victims of conquering Islamism alongside the soldiers of Montauban, the children of the Otzar Hatorah school, the journalists and cartoonists of Charlie, the policewoman of Montrouge, the French Jews of the Hyper Cacher, the Nice pedestrians of July 14, Father Hamel, the massacred of Bataclan and café terraces, young girls from Saint-Charles station, Colonel Beltrame, police officers from the Prefecture of Police and all these victims who died under the bullets and the knives of the jihadists”.

An entire community of immigrants, who enjoyed all the freedoms we had granted them, ambushed him. The terrorist had receive a “refugee” permit. French police have arrested his family members. It is a racism condoned by imams who had called Paty “delinquent“.

The charge of “Islamophobia” kills. It was the parents’ hate campaign that led the terrorist to behead Paty.

“How can we avoid partition?”, former President Francois Hollande said. “Because that, all the same, is what is happening: the partition”.

The situation in French schools is alarming. That is the lesson of the Mila O. affair, which is on the cover of Le Point‘s weekly. We left her, in January. She was fleeing school, protected by the police after she made insulting comments about Islam during a livestream on Instagram. Ten months later, this 16-year-old from a provincial French high school lives in hiding, like Salman Rushdie. “She is constantly persecuted”, Mila’s parents say. Extremist Muslims wish her to “die in hell”, to “undress her in the public square”, to “bury her alive”, to make her “swallow her organs”, to “disfigure her with acid after raping her in a cellar”.

On August 15, one of the participants in her school’s language course saw her having dinner with a friend in Malta. “The boy asked me if I was Mila,” says the girl. She answered yes. So he started insulting her. “He asked me if I was proud of what I had done. Yes, also very proud “. The boy replied: “I will strangle you and rape your mother!”. He swore on the Quran and Allah. “He also told me he would reveal my location on his Snapchat account.” Many students at Mila’s former school say she deserved this fate.

Author Élisabeth Badinter blames feminism for the abandonment of Mila. “We immediately surrendered to the first manifestations of political Islamism, in 1989, in Creil”, Badinter said.

“When three girls asked to wear the Islamic headscarf in public schools, the whole left said, in the name of tolerance, that we had to give in to their diktats. Between the girls of Creil and the persecution of Mila is the continuity of our submission. I am convinced that if we had known how to say no, we would not be here. They all bowed their heads out of fear of appearing racist or out of patronage. I am surprised that many feminist activists are not worried. Their silence is a bad sign”.

Badinter has three explanations: “Fear, indifference or, worse, the approval of those who pursue Mila”.

After the beheading of the teacher, the French began again sweet, hypocritical, empty, disarming slogans, “Je Suis Enseignant” (“I am a teacher”) and “Je suis professeur”. We do not need slogans, we need to defeat these extremists. “A teacher beheaded for having shown the Charlie Hebdo caricatures: we are, in France, at this level of unbearable barbarism” Marine Le Pen, head of the National Rally Party, tweeted. “Islamism is declaring war on us: it is by force that we must drive it out of our country”.

If the French authorities do not take the many warnings to heart, even after a school teacher was beheaded in broad daylight by a terrorist shouting “Allahu Akbar“, it means that the fight is over and they might as well hoist a white flag over the Eiffel Tower. 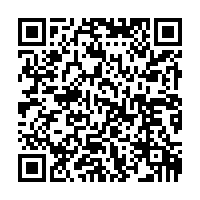