Recently, the Anti-Defamation League, along with several other pro-Israel and Zionist organizations, formed a “broad coalition in support of marriage equality.” The ADL, a long time champion of Jewish rights, appealed to the U.S. Supreme Court, challenging the constitutionality of the California bill restricting opposite-gender marriages.

This is an example of the misplaced priorities of the Jewish organizations in America and is a major cause for concern. The ADL slogan, “to stop the defamation of the Jewish people and to secure justice and fair treatment to all,” begs the question, what about Jonathan Pollard – does he not fall under the aforementioned criteria?

In a 2011 interview with Haaretz, ADL Director Abraham Foxman voiced his disappointment with Vice President Joe Biden’s unwavering stance regarding Pollard: “It’s almost inhuman to keep him in prison – he served his time and there is no justification to keep him in prison.” Despite the director’s beliefs, the organization has yet to take an official stance.

In 1993, Foxman and Chairman Mel Salberg sent personal letters to President Clinton pleading on behalf Pollard – letters lacking ADL letterheads and stressing the disconnection between their personal views and the ADL’s position. In 2011, Foxman opted out of visiting Pollard: “I may have gone quietly and privately, but I am certainly not interested in media hype, which is to little avail.”

Foxman certainly did not mind the media hype caused by his letter – addressed on ADL stationary – to President Clinton on behalf of March Rich, a wealthy Jew indicted on federal charges of tax evasion and illegally making oil deals with Iran, or of the ADL press release commending President Obama’s decision not to deport 800,000 undocumented immigrants. In fact, the ADL usually does not miss an opportunity to decry injustices.

Pollard is the only person in United States history to receive a life sentence for passing classified information to an ally. With the average sentence for such an offense being two to four years, his verdict should have had anti-Semitic, or at the very least, civil rights warnings flashing throughout ADL offices world-wide.

While the ADL has a rich history of Jewish advocacy and commitment, it is transforming into a hypocritical machine with a liberal agenda and double standards. The ADL fights against the defamation of the Jewish people and for justice and fair treatment for all – as long as the two don’t clash.

Whether the case of Pollard is falls into the category of “defamation of the Jewish people,” or “justice and fair treatment to all,” the ADL’s indifference goes against its very own mission. Pollard along with other important Jewish matters (Chuck Hagel’s appointment as Secretary of Defense for one), have taken a backseat to an array of liberal, non-Jewish, issues.

With the systematic rise of anti-Israel sentiment in the liberal world, the ADL and other Jewish organizations must decide if their loyalties lie with the Jewish people or with the fashionable liberal trend (which, more often than not, is against Israel).

President Obama’s visit to Israel presents the ADL and the other Jewish organizations of America with a major opportunity to advocate for Pollard’s release.  Already over 180,000 Israelis have signed a petition calling on Obama to mark his visit by releasing Pollard.

The defamation of the Jewish people must be called out and stopped at all times, not only when it is convenient and politically correct to do so. 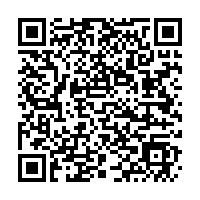