Following President Donald Trump’s decision to withhold America’s contribution to the United Nations Relief and Works Agency (UNRWA), The New York Times reported that a number of aid organizations wrote a letter pleading for the administration to restore the funding.

The letter called the decision to withhold the funds a “dangerous and striking departure” from past United States actions.

However, Jonathan Schanzer and Richard Goldberg, in an analysis of the Trump administration’s decision described it as being a demand for accountability. They pointed out that a decade ago, when Congress demanded an audit of UNRWA’s cash assistance program involving ” hundreds of millions of dollars in cold cash handed out to people without regard for terrorist affiliations,” UNRWA refused to allow the Government Accountability Office (GAO) to do its job. The GAO was thus unable to ensure if American funds were or weren’t going to terrorists.

The U.S. is the largest funder of UNRWA, to the tune of $6 billion since the agency was founded in 1949, meaning that “it would seem like a no-brainer that Washington should ask for some accountability.”

When the U.S. withholding of funds to UNRWA is framed as a matter of accountability, it may be a departure from past practice, but it seems like a sensible, not a dangerous, one.

Questions about accountability shouldn’t just apply to the UN agency that effectively prolongs Israeli-Palestinian crisis, but also to the Palestinian government itself.

In his joint meeting with Israeli Prime Minister Benjamin Netanyahu at the World Economic Forum in Davos this week, Trump demanded accountability from the Palestinian Authority and its president, Mahmoud Abbas.

“We give them hundreds of millions of dollars in aid and support, tremendous numbers, numbers that nobody understands,” Trump said, expressing anger that the Palestinians snubbed Vice President Mike Pence on his trip to the Middle East last week, “that money is on the table and that money is not going to them unless they sit down and negotiate peace.”

In addition to his refusal to negotiate meaningfully with Israel over the past decade, Abbas has rebuffed personal appeals from Trump to stop supporting terror.

During a stop in Bethlehem as he visited the the Middle East last May, Trump made a point of rebuking Abbas for the PA’s practice of praising and rewarding terrorists. “Peace can never take root in an environment where violence is tolerated, funded and even rewarded,” Trump said as he stood next to Abbas. “We must be resolute in condemning such acts in a single unified voice.”

Instead of changing a policy that encourages violence after being asked to by the president of the U.S., Abbas persisted. It was subsequently reported that the administration was “quite unhappy” with Abbas because, instead of calming things during the unrest over the Temple Mount last summer, he encouraged violence.

Abbas’s failure to make peace with Israel goes back even further. In his often-quoted speech demanding new leadership for Palestinians in 2002, President George W. Bush stated that his vision of the future would be “two states, living side by side in peace and security.”

That vision was a goal but he laid out intermediate steps too:

And when the Palestinian people have new leaders, new institutions and new security arrangements with their neighbors, the United States of America will support the creation of a Palestinian state whose borders and certain aspects of its sovereignty will be provisional until resolved as part of a final settlement in the Middle East.

Bush called on the Palestinians to adopt a democratic and accountable government.

But Abbas, now beginning the fourteenth year of the four-year term he was elected to in 2005, has hardly been the model of accountability, using his position to secure fortunes for his family. He tolerates no dissent, marginalizing and arresting critics.

If a democratic and accountable state is necessary for peace with Israel, Abbas has failed to deliver either.

As with UNRWA, Abbas seems to think he is entitled to funds and authority, regardless of what he does. That might be the biggest obstacle to peace with Israel. 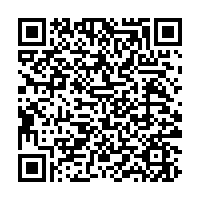