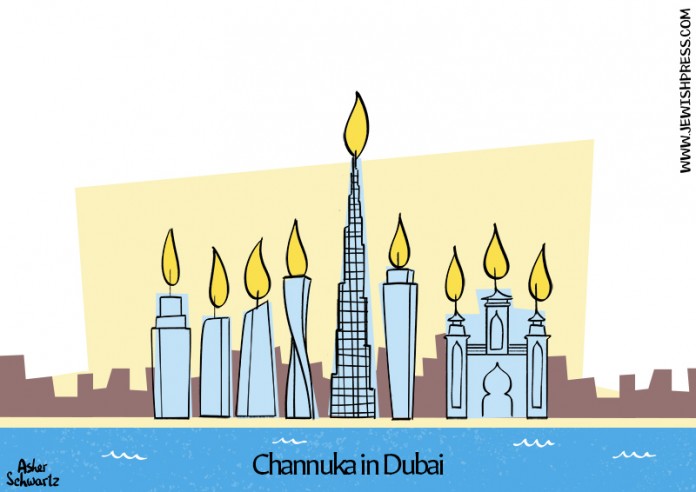 In my wildest dreams, I never imagined lighting a full menorah on the eighth day of Chanukah in the United Arab Emirates. Nor had I contemplated saying kaddish for my father on his 14th yahrtzeit, last week, in the desert dunes on the periphery of Dubai. (My father would have been amused and excited about both moments, I think.)


And yet, there I was in an Arab country, newly at peace with Israel, on Chanukah – the holiday of Jewish spiritual resistance and military victory. Amazingly, there was no reason to hide my Jewish religious affiliation or my national citizenship as an Israeli. Just the opposite was true. Everyone in Dubai was thrilled to meet a religious Jew and a real Israeli. Emiratis are proud to be associated with us.

(I was in the United Arab Emirates to teach Torah and strategic affairs on behalf of koshertravelers.com, for visiting Jews from around the world. Last week, there was more Hebrew than Arabic heard in the streets of Dubai!)

To tell you the truth, at first I was put off by the seemingly preening skyscrapers of modern Dubai. Every guide boasts that the Burj Khalifa is the tallest building in the world. Which reminds me of the Tower of Babel, of which G-d did not approve. “And they said: ‘Come, let us build us a city, and a tower, with its top in heaven, and let us make us a name; lest we be scattered abroad upon the face of the whole earth.’” (Genesis 11:4). And indeed, G-d then scattered mankind upon the whole face of the earth, to curb the arrogance.

But then I learned from Emiratis to see their tall towers differently. They do not mean to lord it over others or express conceit. They mean to say: We are a forward-looking nation.

They mean to say: We are secure in our heritage and confident about our abilities to contribute to the world. We are big, powerful, and wealthy enough to be educated, generous and tolerant.

The Emiratis do not bemoan colonialism in their past. They do not wail about anti-Arab discrimination, nor do they blame others or seek scapegoats.

For an Israeli, this is so refreshing! Alas, so many Arab countries keep their people in the dark ages, and wallow in negativity. We have gotten used to nothing but self-pity and bitterness from many of Israel’s Arab neighbors, along with complaints, false allegations, vituperation, and other attacks against Israel.

The Emiratis see no need to buy into anti-Jewish conspiracy theories like “The Protocols of the Elders of Zion,” or nefarious tales about Jerusalem controlling Washington. Again, just the opposite is true. They believe in hard work and in using one’s riches (be they intellectual riches or oil riches) for the betterment of one’s own people. In this perspective, cooperation with Israel is a win-win situation for the Emiratis.

Of course, the Emiratis do not have a border dispute with Israel, and they have enough money to both help the Palestinians move into the 21st century (if the Palestinians are willing to be helped) and to invest together with Israel in technologies and educational ventures that drive towards the 22nd century.

Nevertheless, the Emirati perspective is clear and edifying: They see Israel as a force for good in the world.

In attempting to drill down into the Emirati mind as to why they see Israel so, I discovered that this goes way beyond Israel’s economic and technological success, and even beyond Israel’s military prowess.

It is certainly true that Emiratis respect Israel’s strength. Not only has Israel shown the grit and resilience to overcome the big armies of yesteryear – the armies of Egypt, Syria, and Iraq – but it is the only country in the world fighting Iranian troops on the ground and repelling the Iranian drive for regional hegemony. The IDF and the Mossad are battling the armies, the Shiite militias, and the Revolutionary Guards of Iran, in Lebanon and Syria, and reportedly in Iraq and Iran, and probably elsewhere too.

Thus, the Emiratis see Israelis as “Maccabees” of old, fighting valiantly for their homeland; as a minority beating majority forces of evil. Just like it says in the Al HaNissim prayer for Chanukah: Rabim beyad me’atim: “The Almighty delivered the mighty in the hands of the weak,” as it were.

But there is more. As I read them, the Emiratis also respect Israelis for their faithfulness to Jewish tradition, for their belief in the power of Jewish history, for their loyalty to ancient heritage and unique national identity. Believe it or not, the Emiratis seem to understand – perhaps better than we do ourselves, sometimes – that these anchors of identity are the greatest source of strength and authenticity.

Indeed, the Emiratis see themselves similarly: As a people and a country that successfully blends ancient tradition, culture and ethnic identity with modern progress and ambition.

This reminds me of a central theme taught by Rabbi Jonathan Sacks of recent blessed memory. He was absolutely convinced that non-Jews most respect Jews who are self-respecting.

He meant that Jews who are knowledgeable of Judaism, proud to carry its banners, and conspicuous about doing so, gain the admiration of non-Jews. On the other hand, ambivalent, embarrassed, and ignorant Jews elicit scorn or worse, in addition to condemning themselves to identity oblivion.

I see that the same principle applies to Zionist belief and the defense of Israel. Non-Jews most respect Jews who are unapologetically self-respecting in their Zionism; and see in their Zionism an opportunity for the Jewish People from the Land of Israel to contribute to the world.

It is ironic and thrilling at the same time, that it took a week in Dubai (of all places!) on Chanukah (of all Jewish holidays!) to remind me of this truism: That Israel is admired when it is strong and believing. 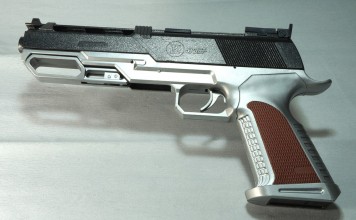 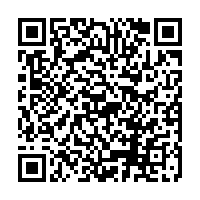