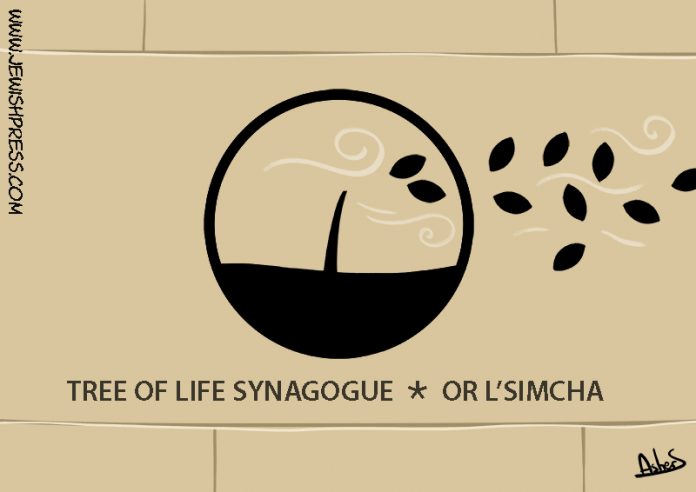 When an armed man entered the Tree of Life*Or L’Simcha Synagogue in Pittsburgh’s Squirrel Hill neighborhood during Shabbat-morning services on Oct. 27, the carnage that followed sent shock waves through the Jewish world. The bloodiest attack on Jews in American history took the lives of 11 worshippers, many of them elderly. Yet what happened that day was more than just the latest in a long string of mass shootings that have periodically occurred in the United States in the last two decades. It was the moment when contemporary threats to Jewish security stopped being the source of theoretical arguments and started getting personal.


As we reach the shloshim for Pittsburgh—the traditional end of a 30-day period of bereavement for those who were killed—it’s an appropriate moment to take stock of what American Jews have made of the horror.

The 30 days after the death of a loved one are, according to Jewish tradition, a period of when one gradually emerges from the withdrawal from the world that is part of shiva. But after 30 days, the process of re-entering normal life must commence. 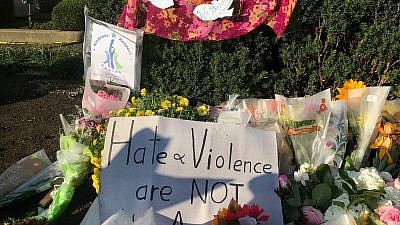 A memorial outside of the Tree of Life*Or L’Simcha Synagogue in Pittsburgh.

The problem with our communal reaction to this tragedy was that much of the Jewish world did not choose to pause to mourn. Instead, all too many of us immediately raced to try to place the event in a political context that did more to expose our existing partisan divisions than to expand our understanding of the nature of anti-Semitism or even the reasons for this specific crime. Coming right before the heated midterm elections only exacerbated the situation.

Pittsburgh could have provided a clarifying moment in which all Jews should have been able to put aside their differences, and come together to mourn and to ponder how we might work harder to prevent future attacks. It is to be hoped that was the motivation for so many people changing their Facebook profile pictures to include the hashtag #TogetherAgainstAntisemitism. But like just about everything else these days, the conversation about Pittsburgh almost immediately turned into a debate about U.S. President Donald Trump.

That was unfortunate and not just because jumping to conclusions about his role did more to confuse the discussion than it did to enlighten it. What was truly wrong about the race to play the blame game in this fashion is that it tended to obscure efforts to commemorate the victims, while also deepening the blue and red divisions that are tearing Jewish communities as much as they are the rest of the country.

As I discussed here the day after the shooting, the fact that some prominent Jewish writers were speaking out to blame Trump or his Jewish supporters for the murders committed by extremist shooter Robert Bowers even before the bloody site had been cleaned up was highly inappropriate. Even worse, it undermined the very notion that what was needed in the aftermath of the murders was even the briefest pause to express grief and pain. Instead, the rush to politicize what happened treated those 11 lost lives as mere political fodder or ammunition to be used against opponents.

Those who lamented the coarsening of American political discourse and the way the president had worsened this problem weren’t wrong. Nor were they wrong to note how in some instances Trump had spoken in a way that might have encouraged extremists—as when he conflated those who opposed the removal of Confederate statues with the neo-Nazis that marched in Charlottesville, Va., in August of 2017.

But the willingness to draw a direct line between the president, who not only had repeatedly condemned anti-Semitism and established a record of support for the state of Israel that was unmatched by any of his predecessors, and the extremist that carried out the murders did little to help us understand the killer. Indeed, the murderer and any discussions of his extreme ideology—he blamed Jews for supporting illegal immigrants and asylum-seekers, but also opposed Trump for being too close to the Jews because of Israel and his family ties—were downgraded to an afterthought.

So great is the antipathy for Trump among Jews that many of us may not care about any unfairness towards such a divisive figure. But the loser here is a community that quickly became mired in political disputes, rather than confronting the problem of age-old anti-Semitic attitudes that persist on both the far-right and the far-left.

In a healthier communal culture, we should have been able to calmly discuss how the scapegoating of Jews—whether under the rubric of opposition to immigrants or those who traffic in intersectional notions about Jews using “white privilege” to oppress non-Whites in Israel or the West—remains an essential part of the toolkit of all anti-Semites.

Instead, partisans simply trotted out their favorite political hobbyhorses aimed at delegitimizing foes. For all too many, these have been 30 days of settling scores, not concentrating on healing.

Still, even after this partisan bickering, it’s not too late for us to start trying to listen to each other.

You don’t have to like Trump to understand that the growth of anti-Semitism in our time has been driven by historic trends in which Israel has become the stand-in for the stereotypical Jewish target. By the same token, Jewish conservatives must acknowledge that traditional right-wing anti-Semitism hasn’t died out. Though their numbers are small and marginal, the Internet and social media have magnified their reach.

It’s not too much to ask that Jews stand together against hatred of every variety. The Pittsburgh killer—and those like him who target Jews in Europe or Israel—care only about hurting Jews, no matter their backgrounds, beliefs or political leanings. In that sense, he was an all-too familiar foe, who has risen up against us in every generation. If we can concentrate on that and put aside politics, then our mourning will have greater meaning and purpose than a tawdry effort to weaponize anti-Semitism for partisan purposes. 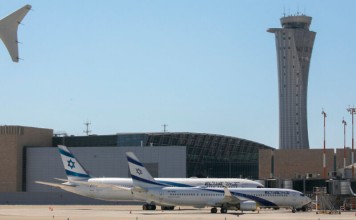