The killing of 11 Jews in an American synagogue is the next in a series of murders targeting Jews and their institutions over a period of decades.

Of the mass murders of Jews outside Israel, the most lethal was in South America in 1984. Eighty-five people were killed in the bombing of the Amia building in Buenos Aires. In Africa, the biggest large-scale terrorist attack aimed at Jews was the 2002 bombing of the Israeli-owned Paradise Hotel in Mombasa, Kenya, which killed 13. In Europe, the most deadly attack against a Jewish target took place at the Goldenberg restaurant in Paris in 1982, when six people were murdered. The same number were killed in 2012 in a terrorist attack on a bus transporting Israelis near the Burgas airport in Bulgaria.

There is one major difference between the murders of Jews in the US and the three other continents. In Pittsburgh, the murderer was a white supremacist. In all the other attacks the perpetrators were Muslims. All the Jews murdered in Western Europe for ideological reasons in this century were killed by Muslims.

Even a superficial look at global anti-Semitism shows that the strain coming out of parts of the Muslim world is the greatest threat to the Jewish people. Only in the Muslim world does one find heads of state who promote extreme hatred not only against Israel, but also against Jews. Malaysian President Muhammad Mahathir, for example, has a long history of verbally attacking Jews. This strain of anti-Semitism can be found among Muslim heads of state across the political spectrum.

Liberalism and democracy overlap to a great extent, but they are not identical. France and Germany have learned from their pasts. Both limit hate speech. In Germany one can spend years in jail for insulting a part of the population. Many Europeans understand that the principle of free speech is not affected in a substantial way if hate speech is barred and even punished.

When speaking with Americans over the years, I have found that they are often shocked when I express my view that the First Amendment of the Constitution in its current form sets democracy back rather than promoting it. I always explain that enabling extreme hate speech is a deficiency in any society. During these conversations I usually feel that I have touched an absolute taboo.

Louis Farrakhan can call Jews “termites” in the US without punishment. If Facebook and Twitter were to remove Farrakhan’s words, his hate speech would still be available on the Nation of Islam website. Twitter has even said that Farrakhan’s tweet does not violate company policy. Farrakhan has a long history of extreme anti-Semitism.  He has spoken about the “satanic Jew.” If Farrakhan were an extreme white supremacist, he would not be welcome in decent company, but as Jews are his target, he is deemed fit to be seen in the company of prominent Americans.

Alan Dershowitz has asked why Bill Clinton was willing to share the stage with Louis Farrakhan at the funeral of the singer Aretha Franklin. He asked if Clinton would have done the same if the person on stage had been white supremacist David Duke, arguing that “Farrakhan is at least as bigoted as Duke.” Newly elected Minnesota Attorney General Keith Ellison has called Farrakhan a role model for black youth. Dershowitz also notes that a photo has recently emerged of a smiling Barack Obama with Farrakhan in 2005.

The German Nazis “biologized” language. In that framework Jews became “bacteria,” “vermin,” “parasites,” and so on. Farrakhan’s choice of the word “termites” fits into this pattern of speech, a dehumanizing propaganda tool that prepared the ground for genocide.

The Pittsburgh killings show that responsible leaders of Jewish institutions in the US must see to it that major security measures are installed. As far as security is concerned, American Jewry should not act differently from Western European Jews.

A survey by the ADL in 2013 reported that 26% of Americans believe the Jews killed Jesus, and 30% believe American Jews are more loyal to Israel than to the US. The BDS campaigns of teachers and students at American universities exceed those of almost any other place in world academia. The number of reported anti-Semitic incidents in the US surged 57% in 2017 to reach 1,986, according to the ADL.

Yet in 1994, the figure was even larger, at 2066. With so many incidents taking place over decades, it is clear that the threat of violence has been there for a long time. This casts doubt on the concept of the exceptionalism of Jews in America.

American Jewry should draw the obvious conclusion. Jews in the world, including in the US and Israel, are a community with a shared fate. They are subject to similar threats that differ only in the details. 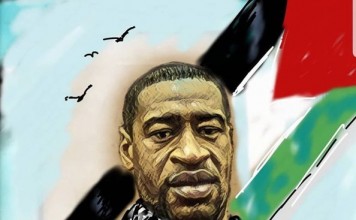 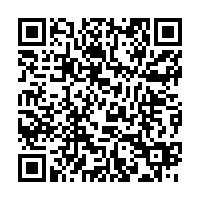