A visit to Morocco shows that the claim of Palestinians to a “right of return” has little historic, moral or legal basis.


Jews lived in Morocco for centuries before Islam came to Casablanca, Fez and Marrakesh. The Jews, along with the Berbers, were the backbone of the economy and culture. Now their historic presence can be seen primarily in the hundreds of Jewish cemeteries and abandoned synagogues that are omnipresent in cities and towns throughout the Maghreb.

I visited Maimonides’s home, now a restaurant. The great Jewish philosopher and medical doctor taught at a university in Fez. Other Jewish intellectuals helped shape the culture of North Africa, from Morocco to Algeria to Tunisia to Egypt. In these countries, Jews were always a minority but their presence was felt in every area of life.

Now they are a remnant in Morocco and gone from the other counties. Some left voluntarily to move to Israel after 1948. Many were forced to flee by threats, pogroms and legal decrees, leaving behind billions of dollars in property and the graves of their ancestors.

Today, Morocco’s Jewish population is less than 5,000, as contrasted with 250,000 at its peak. To his credit, King Mohammad VI has made a point of preserving the Jewish heritage of Morocco, especially its cemeteries. He has better relations with Israel than other Muslim countries but still does not recognize Israel and have diplomatic relations with the nation state of the Jewish People. It is a work in process. His relationship with his small Jewish community, most of whom are avid Zionists, is excellent. Many Moroccans realize that they lost a lot when the Jews of Morocco left. Some Israelis of Moroccan origin, maintain close relations with their Moroccan heritage.

How does this all relate to the Palestinian claim of a right to return to their homes in what is now Israel? Quite directly. The Arab exodus from Israel in 1948 was the direct result of a genocidal war declared against the newly established Jewish state by all of its Arab neighbors, including the Arabs of Israel. If they had accepted the UN peace plan — two states for two people — there would be no Palestinian refugees. In the course of Israel’s fierce battle for its survival — a battle in which it lost one percent of its population, including many Holocaust survivors and civilians — approximately 700,000 local Arabs were displaced. Many left voluntarily, having been promised a glorious return after the inevitable Arab victory. Others were forced out. Some of these Arabs could trace their homes in what became Israel hundreds of years back. Others were relatively recent arrivals from Arab countries such as Syria, Egypt, and Jordan.

Approximately the same number of Jews were displaced from their Arab homelands during this period. Nearly all of them could trace their heritage back thousands of years, well before the Muslims and Arabs became the dominant population. Like the Palestinian Arabs, some left voluntarily, but many had no realistic choice. The similarities are striking, but so are the differences.

The most significant difference is between how Israel dealt with the Jews who were displaced and how the Arab and Muslim word dealt with the Palestinians who had been displaced by a war they started.

It has now been 70 years since this exchange of populations occurred. It is time to end the deadly charade of calling the displaced Palestinians “refugees.” Almost none of the neatly five million Arabs who now seek to claim the mantle of “Palestinian refugee” was ever actually in Israel. They are the descendants — some quite distant — of those who were actually displaced in 1948. The number of surviving Arabs who were personally forced out of Israel by the war started by their brethren is probably no more a few thousand, probably less. Perhaps they should be compensated, but not by Israel. The compensation should come from Arab countries that illegally seized the assets of their erstwhile Jewish residents whom they forced to leave. These few thousand Palestinians have no greater moral, historic or legal claim than the surviving Jewish individuals who were displaced during the same time period seven decades ago.

In life as in law there are statutes of limitations that recognize that history changes the status quo. The time has come – indeed it is long overdue – for the world to stop treating these Palestinians as refugees. That status ended decades ago. The Jews who came to Israel from Morocco many years ago are no longer refugees. Neither are the relatives of the Palestinians who have lived outside of Israel for nearly three quarters of a century. 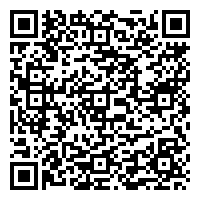