In recent days, it appears that Israel’s plans to apply sovereignty in thirty percent of Judea and Samaria are halted, for Alternate Prime Minister Benny Gantz does not believe that such plans should proceed amid the pandemic. He also is hesitant to apply sovereignty, in the absence of an agreement with the other side. If the Israeli government listens to Gantz on this, it will be a terrible mistake, for time is not on our side.

Trump’s days in the White House may be numbered and a Joe Biden presidency will not permit Israel to apply sovereignty in any percent, let alone thirty percent of Judea and Samaria. Therefore, unless we want the most beneficial and practical peace plan ever presented to be thrown in the dustbins of history, we need to take action in order to implement it, so it will be a fait accompli before Election Day.

No other peace plan will recognize our right to a united Jerusalem, the Jordan Valley, and the major settlement blocs, which are of critical importance to preserving Israel’s national security. No other peace deal puts the onus on the Palestinian Arabs rather than us to demonstrate their sincerity. And no other peace plan will ensure that the Palestinians remain demilitarized and do not pose an existential threat to the State of Israel. It would be a shame if this opportunity got lost.

Although there may be more terror attacks if Israeli sovereignty is applied to thirty percent of Judea and Samaria, Israel should still stand its ground for there are some things that simply cannot wait. Even though it is true that the coronavirus pandemic is a grave humanitarian crisis that requires urgent attention and that we as Israelis still must deal with the threat posed by the mullah’s regime, the Deal of the Century is a once in a life time opportunity that cannot be missed.

It is folly to wait indefinitely for the PA to accept the Trump peace plan, when they rejected other peace plans that were ten times more favorable to them in the past. Nitsana Darshan-Leitner, President of Shurat Hadin, declared in a webinar titled Pulling the Annexation Trigger: “It is not a secret that the Palestinians were opposed to the plan, even before it was revealed.

Jason Greenblatt, former White House envoy to the Middle East, noted that Trump’s Deal of the Century did receive some positive responses in the Arab world, in the Pacific and in South America, etc. Not everyone is opposed to the Deal of the Century. Nevertheless, he emphasized: “The rest of the world is stuck in the talking points of the decades of the past, who believe in using the phrase two-state solution and speak of four or five different principles, most of which will never come to pass. They are just stuck and think that they can state these things over and over again, and that will lead to a peace agreement. In my opinion, that will never happen.”

He stressed that it is impossible to please everyone when a peace plan is formed. All that matters is if it is a realistic vision based on what exists on the ground, not whether a corrupt pro-terror leadership in the PA and other actors in the West support it.

Although the EU has threatened that there will be consequences should Israel apply sovereignty in thirty percent of Judea and Samaria, this should not be sufficient cause for Israel not to do so. “The European Union needs Israel for so many different things,” Greenblatt stressed. “Israel is not a young nation anymore. Israel provides so much for the rest of the world, particularly with respect to security. I think that if the EU does something drastic, they are going to regret it. They need Israel. They need to recognize that, and they would be foolish not to recognize that.”

Negative feedback from the ICC likely could result in a fresh war crimes probe and the Democratic Party in the US may attempt to undo what Trump did. However, this should not be sufficient cause to dissuade Israel from doing what is in its best interests to do. In the Shurat HaDin webinar, prominent attorney Alan Dershowitz condemned the International Criminal Court for seeking to single-out Israel:

“What we are seeing is race-based affirmative active by the International Criminal Court. They have been criticized for going primarily after black African countries and their new prosecutor was appointed primarily to indict some white countries. Of course, they picked a brown country, not a white country. It is a country that has black citizens, white citizens, one of the most ethnically diverse countries in the world.”

If the ICC is goes after Israel with renewed intensity when sovereignty is applied over thirty percent of Judea and Samaria, Dershowitz predicted that such a move would be the end of the ICC, not the State of Israel, as the raison-d’etre of the ICC is to go after dictatorial regimes that do not have a proper judiciary system. Given that Israel has a robust judicial system and is not a party to the Rome Statute, he argued that the ICC does not have justifiable grounds to go after Israel.

Regarding the Democratic Party, Dershowitz explained that they are “moving hard left without regard to what Israel does. We have a struggle for the heart and soul of the Democratic Party. So many Democrats refused to listen to Benjamin Netanyahu’s speech. There is a drift away from supporting among young Democrats. That drift will continue no matter what Israel does.”

America is on the verge of self-destructing. Ryan Mauro, the Clarion Project’s national security analyst, noted: “Part of the reason you’re seeing a campaign to destroy American history and heritage is because America seems to have lost any sense of nuance in anything. You can see it in political dialogue, to the inability to see the irony that is at the root of provocative comedy, to the refusal to accept any type of contextualization of history. I agree that there’s a crisis of patriotism in America, thanks to a fixation on America’s historical blemishes in the education system and the rise of moral and cultural relativism.”

A recent Gallup Poll revealed that only 50% of Americans attend church and that one in five Americans do not identify with any religion. “If you don’t believe in God, it becomes nearly impossible to believe that America or Israel or any country or people can have a divine purpose,” Mauro added. “This isn’t a supremacist belief–it’s simply an expansion of the idea that every life has meaning and was created by God with a purpose in mind. If God intends for you to play a role–one that only you can fulfill, since literally no one else will have the same circumstances as you—then surely God has special purposes for nations. Whether we choose to fulfill that purpose is another question. All these dangerous ideologies–Islamism, white supremacism, anarchism, communism–can only grow if more Americans lose faith in their country and constitutional republic.”

“We are in a constant ideological struggle,” Mauro proclaimed. “As of right now, I do not believe the trend is in favor of the U.S.’ long-term survival. It is more likely that the U.S. will either enter permanent political paralysis and remain united in name only or split apart. Each extreme will fuel a counterpart extreme. Anti-type anarchists and communists and Islamist extremists are fueled by white supremacists, and vice versa. Each serve as the vindication for the other’s existence. This is the ultimate outcome of what I’ve been calling the ‘War of the Extremes,’ unless it is reversed by a backlash of patriotism and desire for decency and pragmatism.”

“Notice that the white supremacists aren’t coming out to fight the rioters,” he added. “In our monitoring of their activity, we have seen that they want the Antifa-type, anti-police extremists to riot. The white supremacists want to target the peaceful protesters because that is what debunks their ideology and stands in the way of the civil war they crave. For all these extremes, the peaceful, constructive interactions between police officers and protestors–which didn’t receive nearly as much coverage as it should have–is what needs to come to an end.”

Dershowitz argued: “Israel should care deeply about America, but it should care more about doing the right thing for its citizens. The Jewish people will get peace only through strength. We have seen that proved throughout history. Weak Jews with morality on their side end up in gas chambers. Strong Jews end up fighting back.”

Shipan Kumer Basu, President of the World Hindu Struggle Committee, noted: “India stripped Kashmir of its special status last year. More recently, India started to issue special residency certificates to Hindus in the region, causing Al Jazeera, TRT World and other Muslim media outlets to speak out harshly against the Modi government. Parallels were made between Kashmir and Palestine. They faced much criticism from US lawmakers and other actors in the international community. However, when push comes to shove, the international community did not dwell on the issue too much, understanding that there are bigger fish to fry than India applying sovereignty over Kashmir.”

Across the world, 11,408,832 people have been diagnosed with the coronavirus and 533,090 have died because of the pandemic. Billions of people are living under lockdown, as the medical systems in numerous countries are struggling to cope. We are now amid perhaps the greatest humanitarian disaster of our times. Our global economy has not been this bad since the Great Depression. In the wake of the race riots, the destruction and looting was so bad in some places in America that it has an uncanny resemblance to war-torn Syria.

In the end, just as people moved beyond India’s annexation of Kashmir, people will also get beyond Israel’s annexation of thirty percent of Judea and Samaria in the framework of Trump’s plan. The world cannot afford to dwell on Israel too much these days. 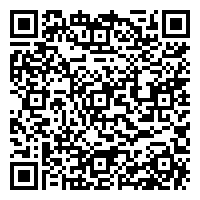