The US Army is deploying Abrams main battle tanks and Bradley fighting vehicles to the Drawsko Pomorskie Training Area, Poland, for the final phase of the DEFENDER-Europe 20 training, to take place from July 14 to Aug. 22. The armored vehicles are equipped with Trophy (known in the IDF as Windbreaker), a military active protection system (APS) designed to protect armored vehicles from ATGMs, RPGs, anti-tank rockets, and tank HEAT rounds.

A small number of explosively formed projectiles destroy incoming threats before they hit the vehicle.


The Trophy is manufactured by Rafael Advanced Defense Systems.

The Baltic Security has reported that the equipment, including some 55 Abrams main battle tanks and Bradley fighting vehicles, was originally moved from Army Prepositioned Stock sites in Germany and Belgium to Bergen-Hohne Training Area, Germany in February, before the postponement of the original DEFENDER-Europe 20 exercise.

As part of the training, the unit will mount the Trophy system on Abrams tanks. The fielding of Trophy systems provides the US Army’s logistics teams with the opportunity to assess and experience the dynamics of moving and installing the system in a field environment. 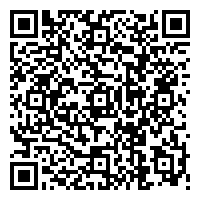